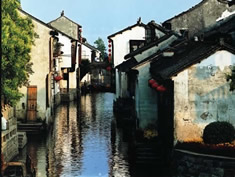 Hangzhou has a brilliant and profound culture. Ever since the late Neolithic Period, the area has seen unique and colorful Liangzhu culture, Wuyue culture, Southern Song Culture and Ming-Qing culture, which formed a complete series of cultural development, making an important contribution to China's cultural history. The Hangzhou culture has nurtured and attracted numerous politicians, scientists, artists, national heroes, loyal officials, righteous persons, judicious govemors and skillful craftsmen, who had make outstanding contributions to their country and their hometown's political, economic, cultural and social development, leaving great pages of historic literature for the city and contributing to the formation of Hangzhou's image and status as a "cultural county" and "historically famous city". 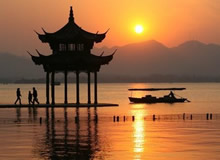 Since 1980s, Hangzhou has built quite a few museums that represent the Chinese culture, including the Chinese Tea Museum, Chinese silk Museum, Chinese Liangzhu Culture Museum, Southern Song Official Kiln Museum, Hu qingyu Pharmaceutical Workshop Traditional Medicine Museum and Zhang Xiaoquan Scissors Museum, further enriching the cultural content. Reputed as a "cultural county" in its history, Hangzhou is now more developed in the fields of science & technology, education, and culture. There are more than 350 research institutes at state, provincial and municipal level, preliminarily forming a multi-level and multi-structure educational system, further carrying out the strategy of "building a prosperous city through science and education".

Various cultural and artistic activities have been increasingly flourishing, with local dramas and operas contestingwith each other actively, while journalism, publication, broadcasting and TV have been developed steadily, forming a complete educational system from kindergarten, elementary and secondary school to higher education and various vocational education and adult education, producing a great number of persons with ability for the modernization and construction. 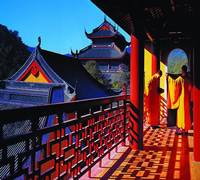 Hangzhou as the eastern spiritual center, we can't avoid to illustrate its religion. In Hangzhou, the most popular beliefs are Confucianism, Buddhism, Taoism, Christianity and Islam. As for the reason why Confucianism was so welcome, I think most of people who know a little bit about Chinese history and educational system can easily know the exact reasons. Confucianism was supported by the authority who prescribed those who can be qualified to be the officials should pass the royal examinations held by those Confucians and the content was also focusing on the Confucianism. So in Hangzhou, one of the seven old imperial capitals in China, it was undoubtedly recommended by the government and welcomed by those young candidates. Secondly Hangzhou was connected closely to the origin, development, flourish of Buddhism.

There are so many temples that could show the significance of Buddhism in people's daily life and spiritual pursuit. Generally, the religion always links with the culture, so we could apprehend the religion through the visits to some exemplified temples in culture and religion of China's history. The represented temples as follows: Lingyin Temple, Three Temples at Tianzhu, Jinshan Temple, Baopu Taoist Temple, Phoenix Mosque and Sicheng Tang.