Why are toilets(Washroom) called "W.C." in China?
W.C. is an old term referring to water closet. which was during the 1930s. W.C. is not a common term now,W.C stands for water closet, which is a part of ealier types of toilets. This word was introduced to China about 150 years ago, but has been replaced by toilet in some English speaking country. Therefore, most Americans can't figure out the meaning.

In fact, as a native Chinese,that nine out of ten don't know what the two letters actually stand for, but when you say it, everybody knows what you mean here in China. And in some situations, it's quite commonly used because it sounds more comfortable than directly saying 厕所 or toilets.

Public Washrooms in China
A public washrooms is a room or small building containing one or more toilets (and commonly urinals) which is available for use by the general public, or by customers or employees of certain businesses. Public washrooms are commonly separated into male and female facilities, although some can be unisex, particularly the smaller or single-occupancy types. Increasingly, public washrooms are accessible to people with disabilities. Many alternative terms describe the room containing washrooms. Likewise, public washrooms are known by many other names in different countries, for example restroom, toilets, bathroom, W.C., ladies and gents, comfort room. 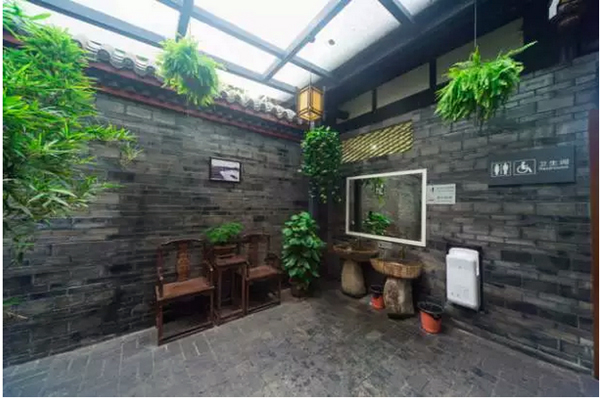 Squat Toilet
Fair enough question. So you've never encountered a squat toilet? Ever peed in the woods? It's like that, only with walls, a door (sometimes) and a ceramic hole in the ground that (sometimes) flushes.

Supposedly using squat toilets is good for your system. They are just as their title implies. You squat to do your business instead of sitting on a toilet like we're used to doing in other parts of the world.

How to Help Kids Use a Squat Toilet
Here's your moment of truth. your newly potty-trained three-year-old needs to go and the only place is a squat toilet. Here's what to do:

1.Pants Down at the Side. Help take your child's pants down before the squat begins.

2.Foot Placement. It's important to get your child to straddle the toilet before squatting.

3.Support Your Child. I find it best to squat in front of my child while holder her around the back under the arms so that she feels comfortable. You could also stand and hold your child's arms/hands but this may become uncomfortable for them.

4.Hold the Pants. If possible, especially for girls urinating, hold her pants away from her (maybe even take them off) so she doesn't get them wet).

China to increase number of women's washrooms
Saturday marks World Toilet Day. It's aimed at focusing more on how sanitation, or the lack of it, can impact people’s lives. Here in China, waiting to use public toilets has been an age-old problem for our women, but now authorities are looking to provide them with more facilities.

Under new rules, the ratio of female-to-male stalls will be upgraded from 1-to-1 to 3-to-2. And in especially crowded areas, women will have twice as many as men. Authorities say they are basing their ratios on a survey which involved more than 725,000 people. And the new criteria will take effect from the beginning of next month.