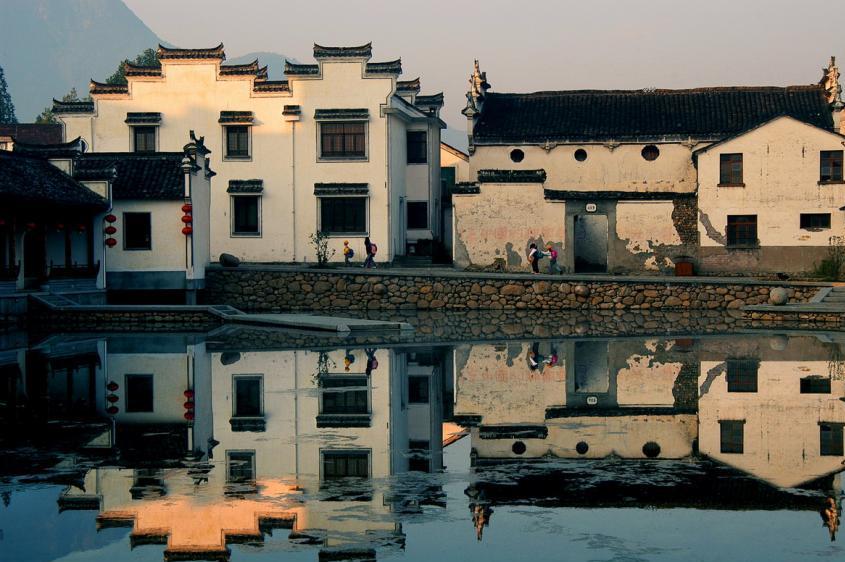 Brief Introduction
Longmen Ancient Town is situated in northwestern Zhejiang province,Fuyang City. Longmen - or "Dragon's Gate - town is famed for its rich culture and history that stretches back more than 1,000 years. Fifty-two km from Hangzhou, it is listed as a first-level scenic region for its tourism route along the Fuchun River, Xin'an River and Thousand-Island Lake.Longmen Town which is the homeland of Sun Quan,the founder of the Eastern Wu Kingdom in the Three Kingdoms Period (220-280), 90 percent out of the town's 2,600 residents are descendants of Sun, the youngest of which are the 58th generation of his progeny. The Suns all still live near each other today

The 2-sq-km ancient town was named by hermit Yan Zilin during the Eastern Han Dynasty (25-220). Yan marveled at the town, giving a verse claiming that its mountains were superior to the dragon's gate at Luliang in Shanxi province.Over 90% of its people are surnamed Sun.In the shadow of a lush mountain and near a slow-moving river in southeast China sits this village, whose name means Dragon Gate.Longmen Ancient Town has pretty much everything a tourist could want in a small town:cobblestone streets, narrow lanes, old buildings, ancient temples and a way of life that seems unchanged from centuries ago.

Also, it is the homeland of Sun Quan, who was the emperor of Wu during the Three Kingdom Period.It is a modern tourist attraction ranked as an AAAA level national scenic spot.

History
According to tradition, the Suns of Longmen are descendants of the third century warlord Sun Quan, who became emperor of the Three Kingdoms state of Wu. Sun Quan himself is said to have been born a short distance from Longmen, on an islet in the Fuchun River. A 1939 genealogy traces their lineage continuously back twenty six generations to a Song Dynasty official. In the past, the Suns of Longmen were divided into ten sub-lineages and held joint grand ceremonies honouring their ancestors every spring and autumn, but this practice stopped after 1949.

Fifty years ago there were some sixty heritage buildings in Longmen, and about half of those are still standing today. Among them are ancestral halls, homes, pagodas and memorial arches - most of which have a history of over three hundred years. These structures are good examples of classical southern architecture and feature intricate wood carvings from Zhejiang folklore. The favourite decorative motifs used are from Three Kingdoms stories popular since the Song Dynasty. ` The local theatrical performances, called the "Bamboo Horse Dance" are unique for their portrayal of Sun Quan as a hero. In traditional Three Kingdoms folklore, Sun Quan is normally seen as an ambivalent and often frustrated leader who is time and again bested by Liu Bei and his cunning strategist Zhuge Liang. At Longmen, the favourite plays are "Burning Red Cliffs", showing Sun Quan's defeat of Cao Cao at the Battle of Red Cliffs and "Burning the Linked Encampments", showing Sun Quan's defeat of Liu Bei at the Battle of Yiling.

Curiously, the great revolutionary statesman Sun Yat-sen, born in southern Guangdong province, can trace his ancestry to Longmen. His ancestors moved from Zhejiang to Fujian and then finally to Guangdong. The Sun clan genealogy in his native Cuiheng bears the title "Genealogical Register of the Sun Clan of Fuchun".

Highlights
Longmen Ancient Town is well-known as the hometown of the famous warlord Sun Quan. He was the emperor of the Three Kingdoms state of Wu (184–280) and a main character in Romance of the Three Kingdoms – one of the Four Great Classical Novels of Chinese literature. And in the town, about 90 per cent of the inhabitants are surnamed Sun who are said to be the descendants of Sun Quan. 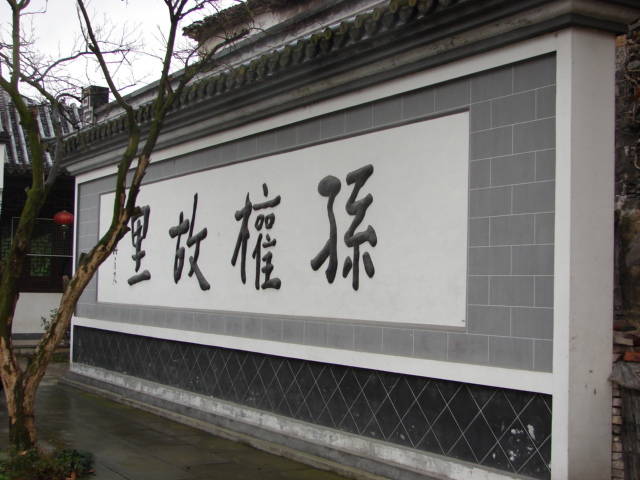 Ancient architectural complex
Many of the buildings in the town were built more than 300 years ago.Longmen Creek crosses with Shanxi River, which is in the north side of Longmen Ancient Town, in T shape and together they flow through the town. The peaks and ridges around encircle a large area of green fields.

Taking the defensive radial streets and lanes as the framework, Longmen Ancient Town is developed into a mazy dwelling settlement centered in ancestral temples and halls. All these exquisite folk houses, halls, ancient towers, ancient bridges, memorial arches and temples with high value have made Longmen Ancient Town a rare ancient town in mountainous area that possesses the most well-preserved ancient architectural complex of Ming & Qing Dynasty in South China. This ancient town with unspoiled and unique customs has been listed as a national 4A level scenic area by China National Tourism Administration. 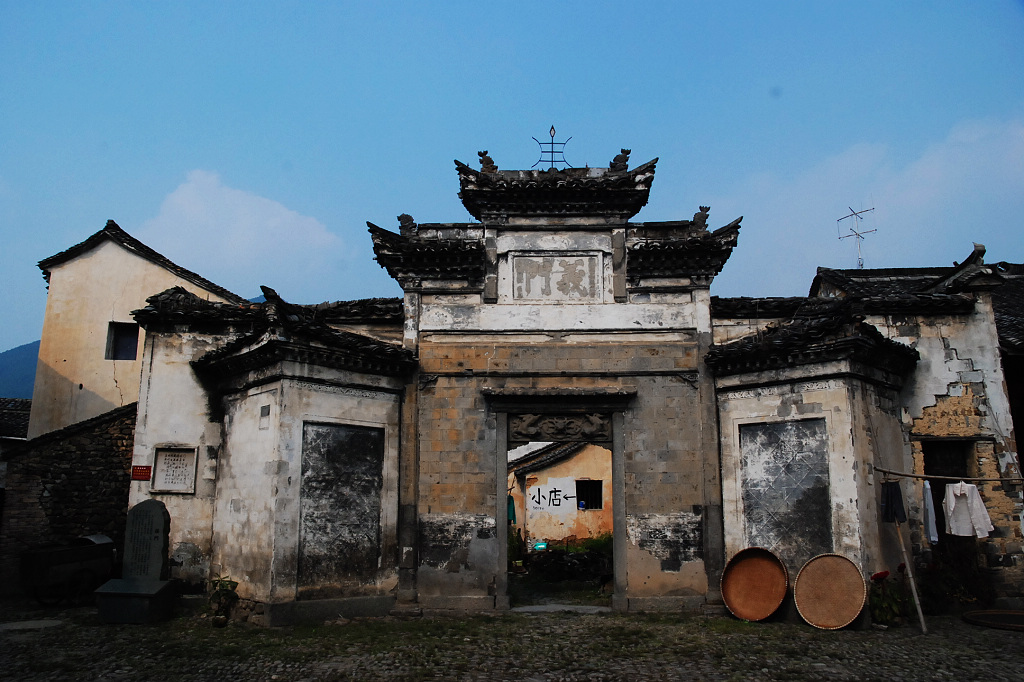 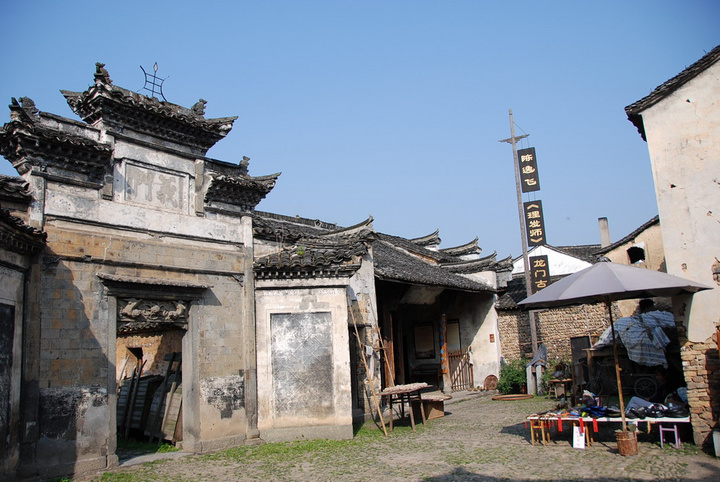 Bamboo Horse Dance
The local theatrical performances, called the "Bamboo Horse Dance" are unique for their portrayal of Sun Quán as a hero. In traditional Three Kingdoms folklore, Sun Quán is normally seen as an ambivalent and often frustrated leader who is time and again bested by Liu Bei and his cunning strategist Zhuge Liang. At Longmen, the favorite plays are "Burning Red Cliffs", showing Sun Quan's defeat of Cao Cao at the Battle of Red Cliffs and "Burning the Linked Encampments", showing Sun Quan's defeat of Liu Bei at the Battle of Yiling.

Information
Opening Hours:08:00-16:30
Admission Fee:80 RMB
Telephone:+86 571 63507877
Address:Fuyang District, Hangzhou City
Transportation:
1.From Hangzhou: Take Bus No. 514 that goes to Fuyang. Get off at the last stop, take a taxi to Longmen, or take the taxi to Fuyang West Bus Station and then take a coach to Longmen.
2.From Shanghai: Take Shanghai-Hangzhou Expressway – Hangzhou Raocheng Expressway – G320 – Zhongbu Exit – No. 19 Provincial Expressway – Longmen Ancient Town. Or, take a coach from Shanghai to Fuyang, and then a coach from Fuyang to Longmen.

Tour The Longmen Ancient Town with Hangzhou Private Tour
We design private and tailor-made Hangzhou Tours customized to your style of travel at affordable local prices.  We will provide a private & spacious car and a local professional tour guide with over 5 years guiding experience only work for you or your group. Transport, ticket, and dining (We find the most authentic dishes popular with locals) all we will arrange for you according your requirements. Please check our most popular Hangzhou Tours including The Longmen Ancient Town as below: 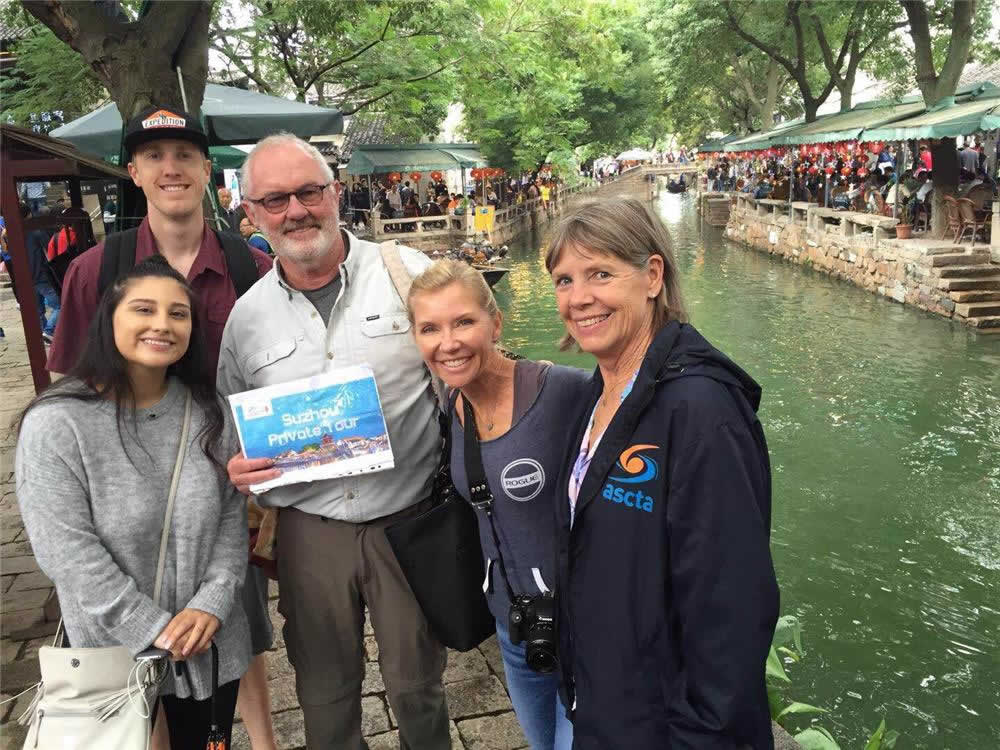 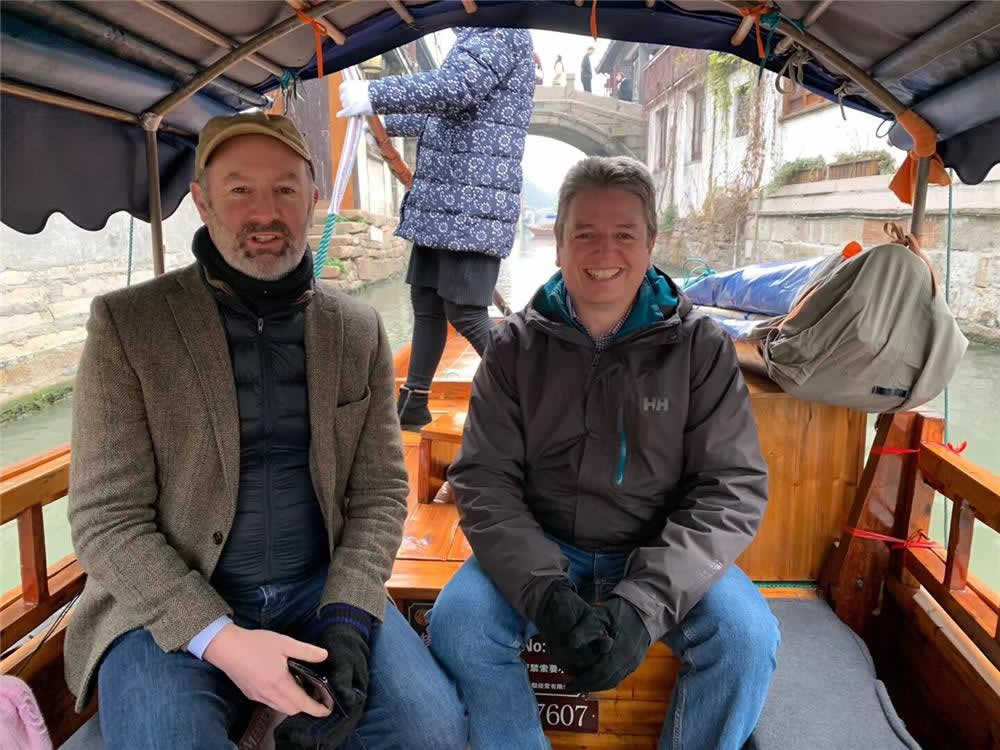 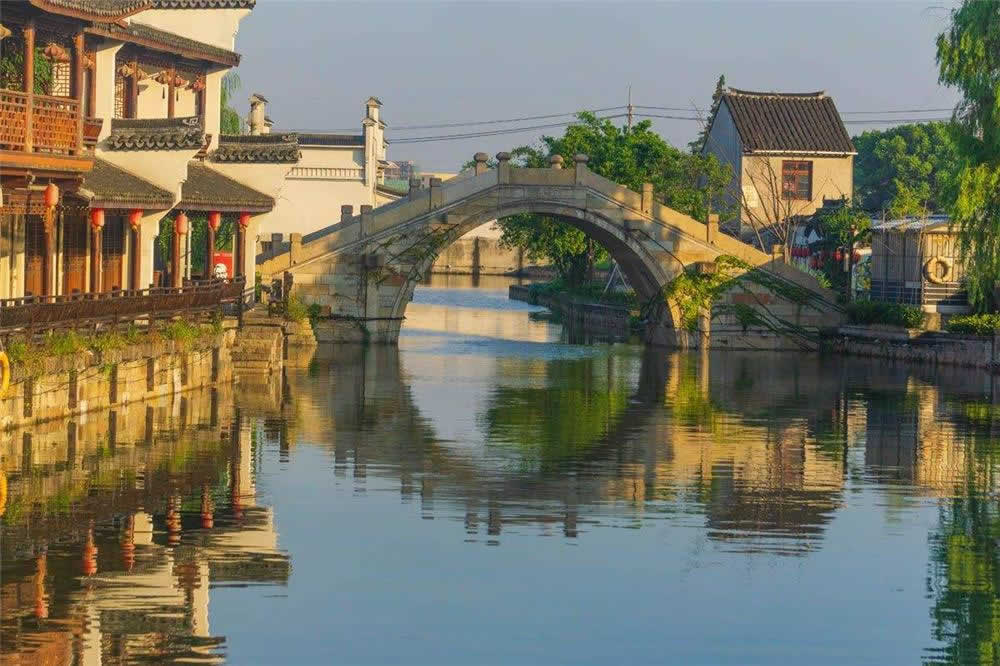 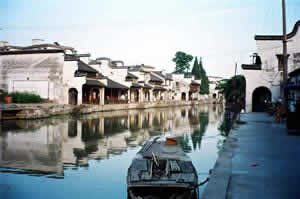 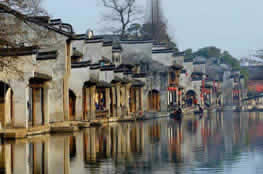