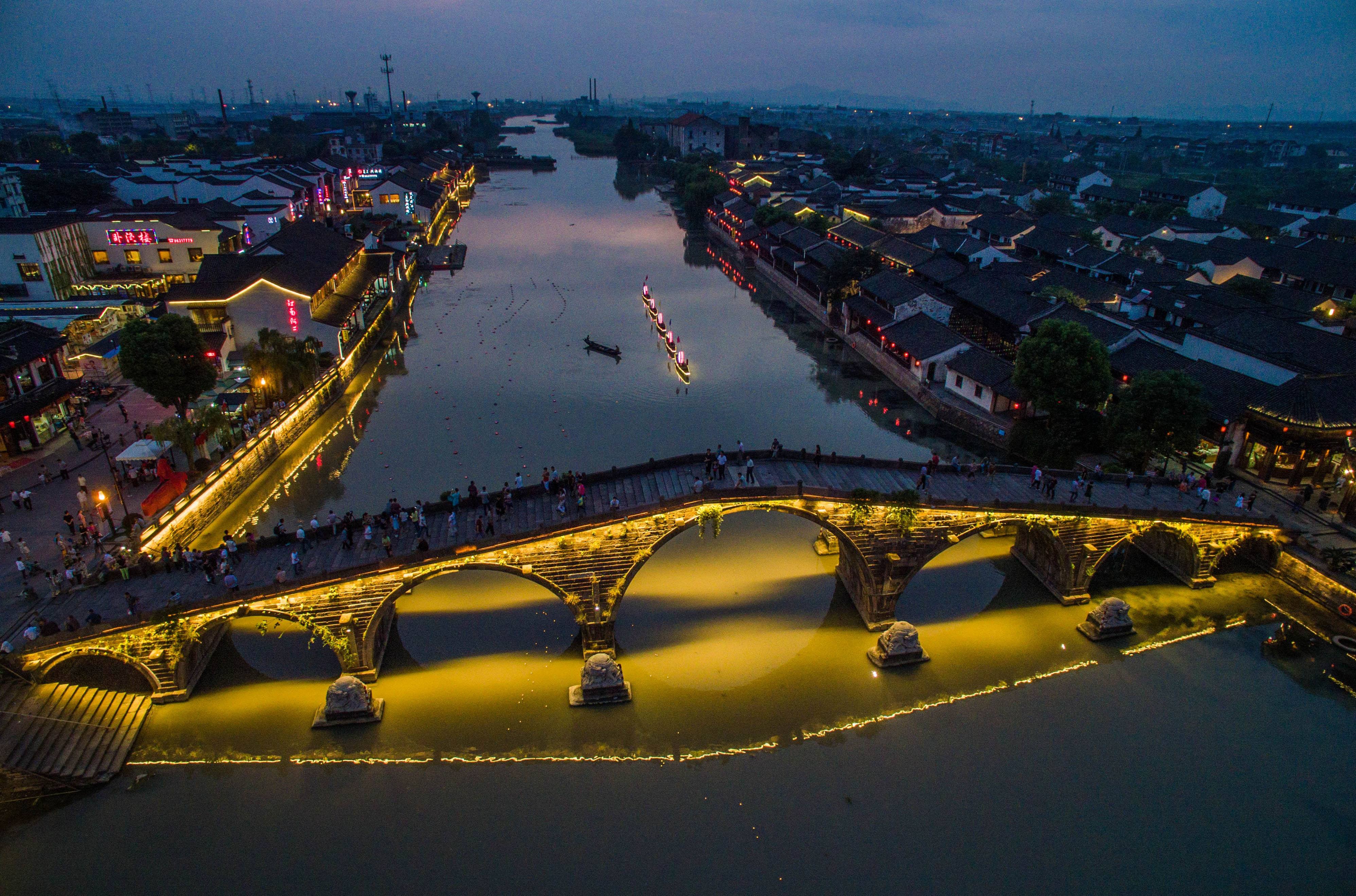 Overview
There are two miracles in classical China - the Great Wall and the Grand Canal. The Grand Canal in China, also known as the Beijing-Hangzhou Grand Canal is the longest canal or artificial river in the world far surpassing the next two grand canals of the world: the Suez and Panama Canals. Starting at Beijing, it passes through Tianjin and the provinces of Hebei, Shandong, Jiangsu and Zhejiang to the city of Hangzhou.

Some foreign visitors called it the Emperor’s River because of its importance for Chinese emperors throughout history and many from different dynasties in the north used the Grand Canal to ship goods to Southern China. In the Qing Dynasty (1644-1911), the Kangxi and Qianlong emperors made 12 trips to the south of the Yangtze River via the Grand Canal .

The Hangzhou section starts at the town of Tangqi, in the Yuhang district to the north and ends in the Qiantang River in the south, crossing four urban districts -- Yuhang, Gongshu, Xiacheng and Jianggan.

History & Background
The oldest parts of the canal date back to the 5th century BC, although the various sections were finally combined during the Sui Dynasty (581–618 CE).The Grand Canal contributed greatly to ensure that the Chinese primary economy thrived in past dynasties. Now more than 2000 years old, some parts of the canal are still in use, mainly functioning as a water-diversion conduit. The total length of the Grand Canal is 1,776 km (1,103 miles). Its greatest height is reached in the mountains of Shandong, at a summit of 42 m (138 ft). Ships in Chinese canals did not have trouble reaching higher elevations after the pound lock was invented in the 10th century, during the Song Dynasty (960–1279), by the government official and engineer Qiao Weiyo. The canal's size and grandeur won the admiration of many throughout history, including the Japanese monk Ennin (794–864), the Persian historian Rashid al-Din (1247–1318), the Korean official Choe Bu (1454–1504) and the Italian missionary Matteo Ricci (1552–1610).

Historically, periodic flooding of the adjacent Yellow River threatened the safety and functioning of the canal. During wartime the high dikes of the Yellow River were sometimes deliberately broken in order to flood advancing enemy troops. This caused disaster and prolonged economic hardships. Despite temporary periods of desolation and disuse, the Grand Canal furthered an indigenous and growing economic market in China's urban centers through all the ages since the Sui period.

The canal we see today was built section by section in different areas and dynasties before it was linked together by the Sui Dynasty (581-618). In 604 AD, Emperor Yangdi of the Sui Dynasty toured Luoyang (now the city in Henan Province). The following year, he moved the capital to Luoyang and ordered a large-scale expansion of the Grand Canal. The primitive building techniques stretched the project over six years. Approximately half the peasant builders (about 3,000,000) died of hard labor and hunger before it was finished. This project was thought to have been wasteful of manpower and money, which resulted in the downfall of the Sui Dynasty. 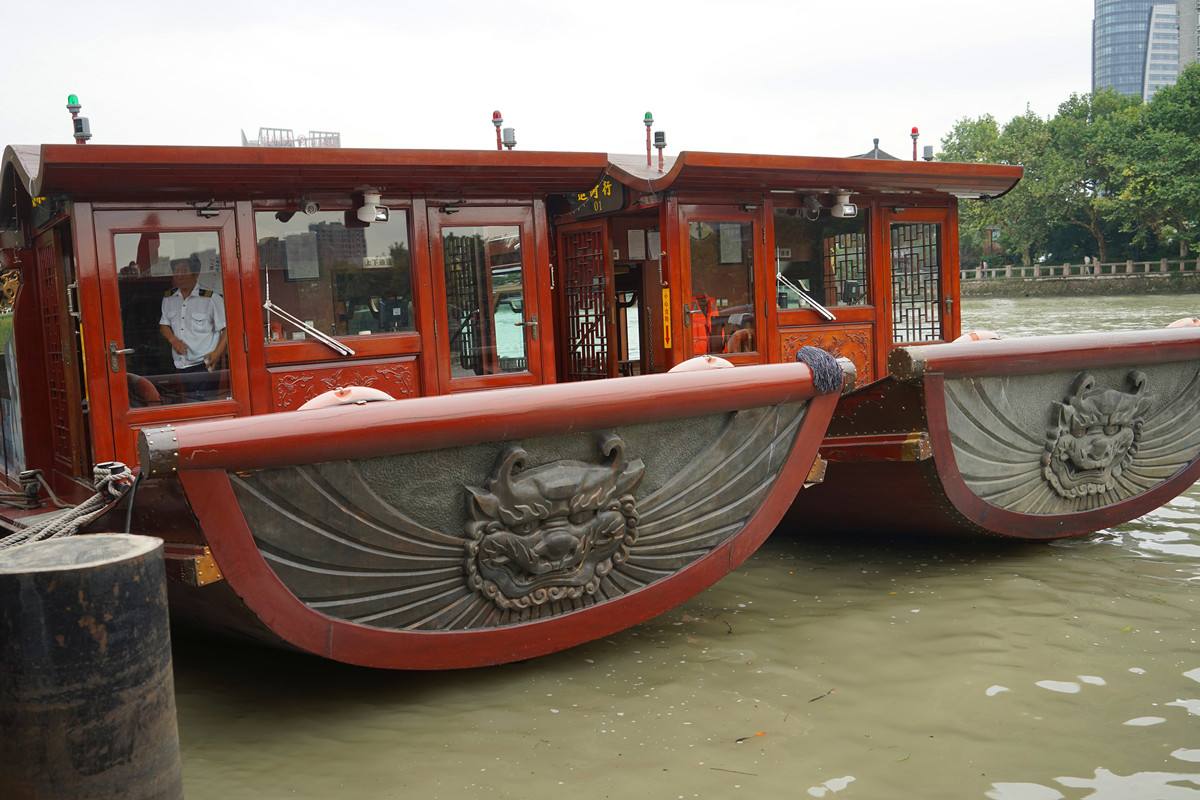 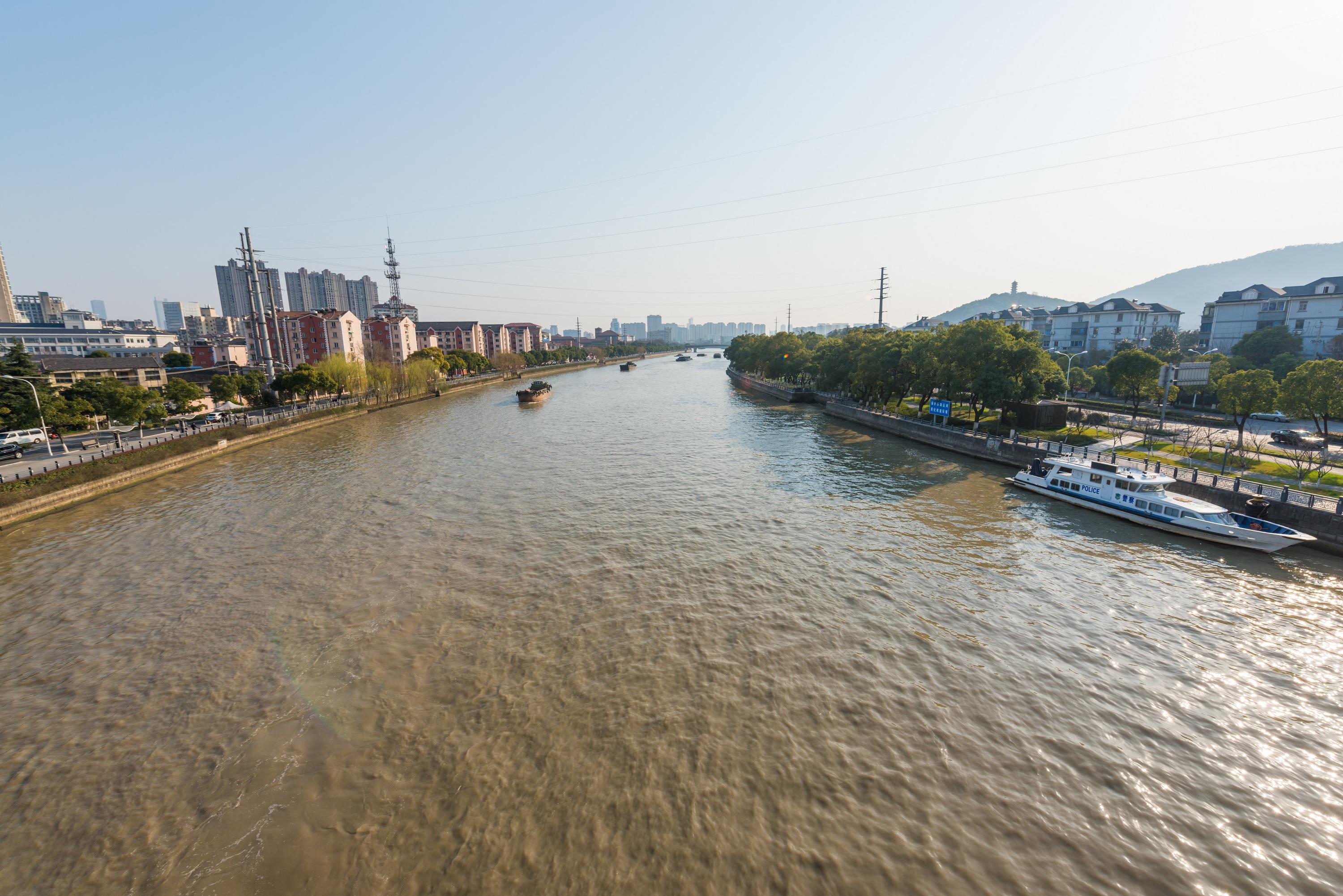 Function
As a major transportation hinge in past dynasties, the Grand Canal interconnected the Yangtze, Yellow, Huaihe, Haihe, and Qiantang Rivers and flowed through Beijing, Tianjin, Hebei, Shandong, Jiangsu and Zhejiang with Hangzhou at its southernmost end. The Grand Canal, which joined the river systems from different directions, offered much facility to transport foods and goods from south to north in past times. Just as importantly, it greatly improved the administration and defense of China as a whole and strengthened economic and cultural intercourse between north and south. 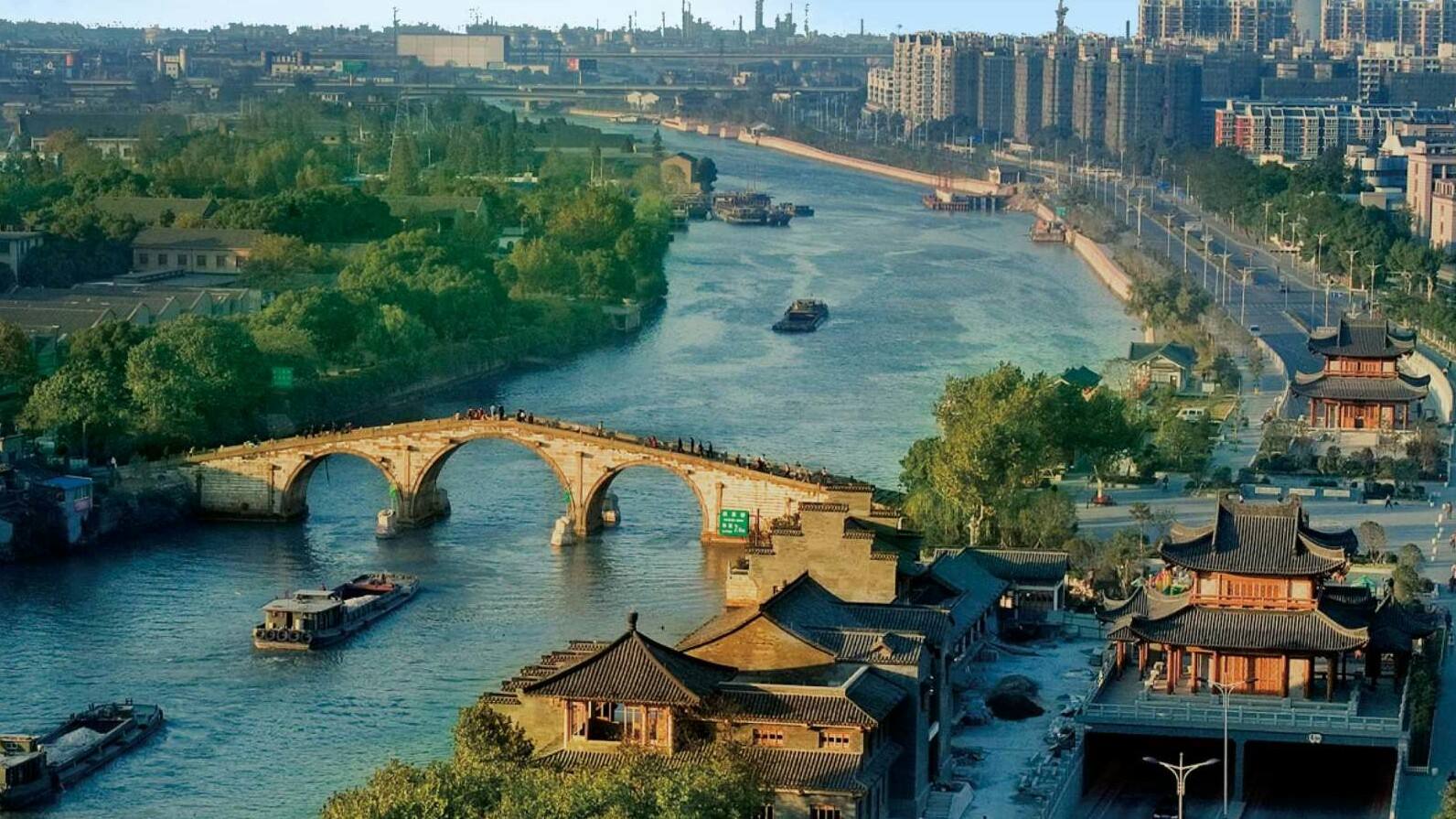 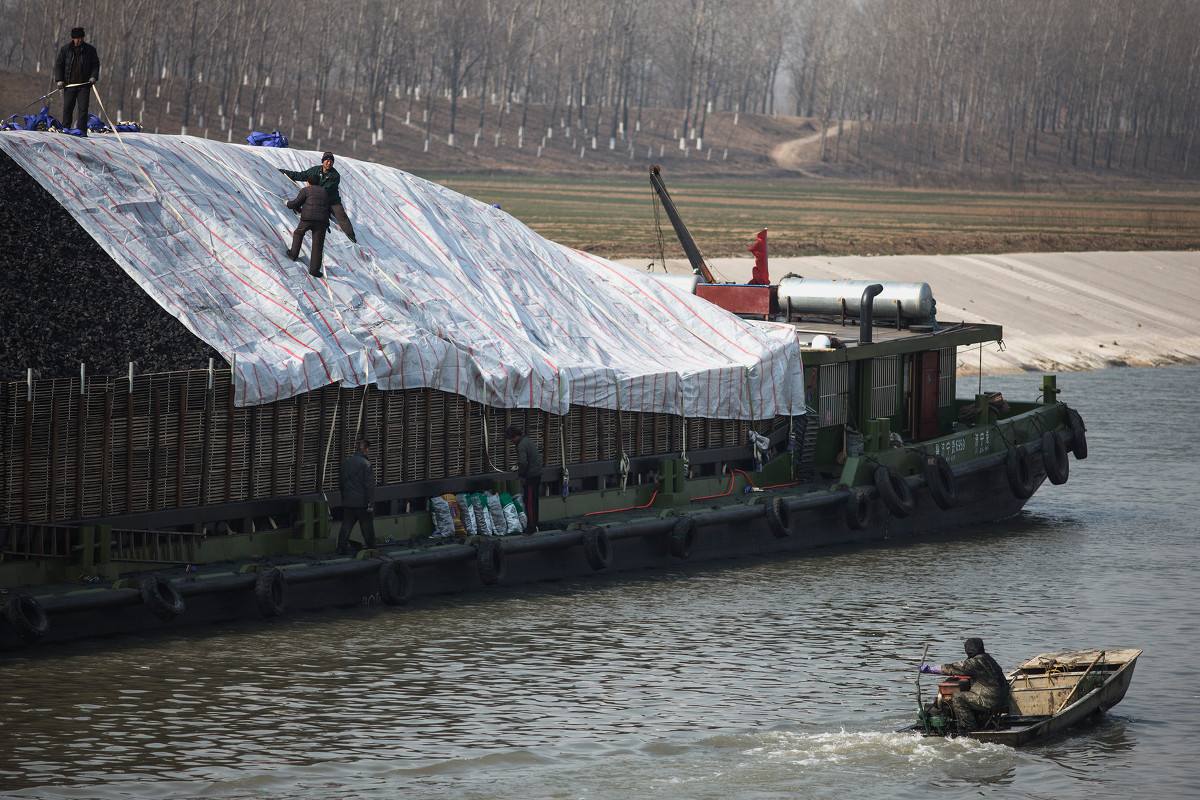 The utilities of the Hangzhou Grand Canal :
The Grand Canal runs from Hangzhou through the Zhejiang Province and finally ends in the northern part of china. In its way it connects to various streams and rivers. This interconnection of the canal with the many rivers and their tributaries resulted in its being a major source of transportation in the past. The grand canal is supposedly connects the rivers like Yangtze, Yellow, Huaihe, Haihe, and Qiantang Rivers and flowed through Beijing, Tianjin, Hebei, Shandong, Jiangsu and Zhejiang with Hangzhou at its southernmost end. The canal was utilized for transportation of goods and also food items from north to south in the ancient times.

Connecting the various provinces of China, the Grand Canal facilitated the economical and cultural intercourse between them. Also, it improved the general administration and defense system of China.

Today, the Grand Canal is also used for boating and this has become one of the favorite tourist activities as it offers a spectacular view of the surrounding landscape. You can explore the river towns of Southern china and get a glimpse of the ancient dwellings, historical relics and the pristine stone bridges. Boating on the Grand Canal is really the best and easiest way to explore China’s past. Getting acquainted with the food, the local people and their age-old customs would really be a fascinating experience for all!

More news about the Hangzhou Grand Canal.
1,Hangzhou's "Seine"- Grand canal! The miracle of shipping has made the world amazing!

Tour The Hangzhou Grand Canal with Hangzhou Private Tour
We design private and tailor-made Hangzhou Tours customized to your style of travel at affordable local prices.  We will provide a private & spacious car and a local professional tour guide with over 5 years guiding experience only work for you or your group. Transport, ticket, and dining (We find the most authentic dishes popular with locals) all we will arrange for you according your requirements. Please check our most popular Hangzhou Tours including The Hangzhou Grand Canal as below: