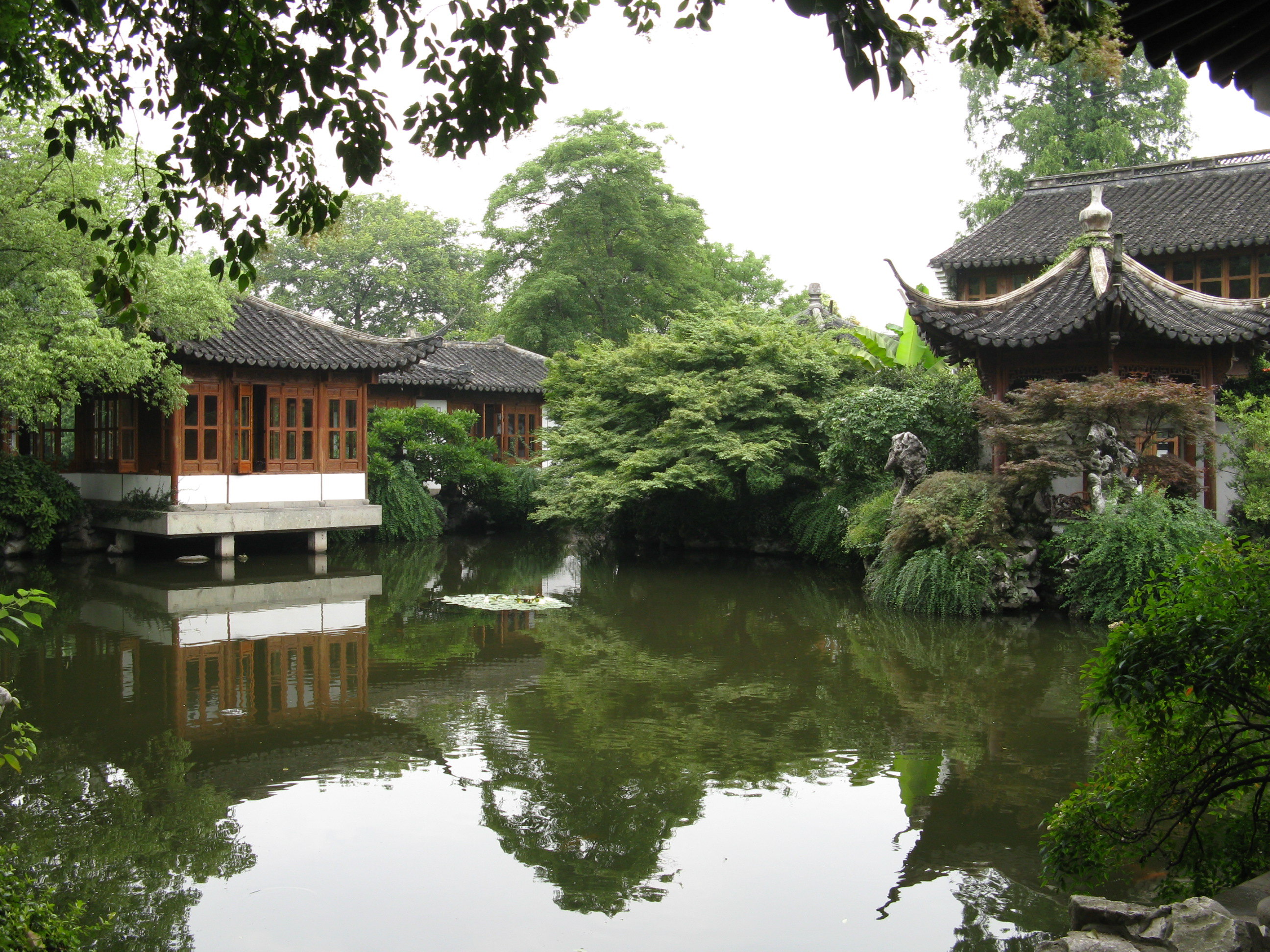 Overview
Guo's Villa (also Guo Zhuang Scenic Spot, or Guozhuang Garden) is the best existing traditional private residence in Hangzhou. It was built in late Qing Dynasty. With a mountain in the back and the west lake in the front, the garden is known as 'Number One Garden of the West Lake' thanks to its tranquil environment, well-preserved buildings, and tasteful landscaping layout. The key feature, or spirit, is water. Cleverly juxtaposing shade and light, curved and straight, yin and yang, the garden of Guo Zhuang is a wonderful embodiment of the Chinese wisdom of Taoism and the Way of Nature.

History & Background
Completed in 1861, this elegant garden villa was built as a private retreat for a wealthy Qing Dynasty silk merchant. Guo's Villa (Guō Zhuāng, 郭庄) is a fine example of Chinese aesthetics in which the manmade and natural blend in harmonious balance.The Villa opened to the public in 1991, after being restored. It faces Spring Dawn, by the Sudi Causeway which crosses the West Lake, and has a distant view of the serene Southern Screen Hill and the Baochu Pagoda. The villa has two sections (1) Living in Quietness, where the owner lived (2) the Sky in the Mirror garden, with a pond surrounded by roofed corridors (lang), bridges, rockwork, trees and flowers.

Architecture
The main hall and courtyard are built in a traditional Zhejiang style, arranged to face the waters of West Lake. Facing the Su Causeway, the villa is also within view of Southern Screen Hill and the Baochu Pagoda.

The villa is divided into two sections: the residential quarters and the "Sky in the Mirror" Garden with its pond surrounded by bridges, artfully arranged rocks, trees, flowers and elegant walkways.

Building
“The terrace pavilion is built with water around, its elegance something of Wangshi in Wumen, and its ancient taste toping among gardens under the sun. In this small plot, essences of the gardening art come together, all in a distinctive order, all arresting man’s rumination.”

Those vermilion walls and dark green tiles over crouching Dragon Bridge, as well as the carved stone doors concealing in the aged woods and shadows, are as if always flowing with vicissitudes of thousand of years. What remains unchanged, is the artistic lingering tastes in the south of Yangtze River, where boasts high mountains and clear waters. No one would know: would the Fengyang shire king in the great Tang Dynasty, who was tired of wars battles, leave the vermilions walls and green tiles for the moment and come here delightedly to sing poems and take a stroll? 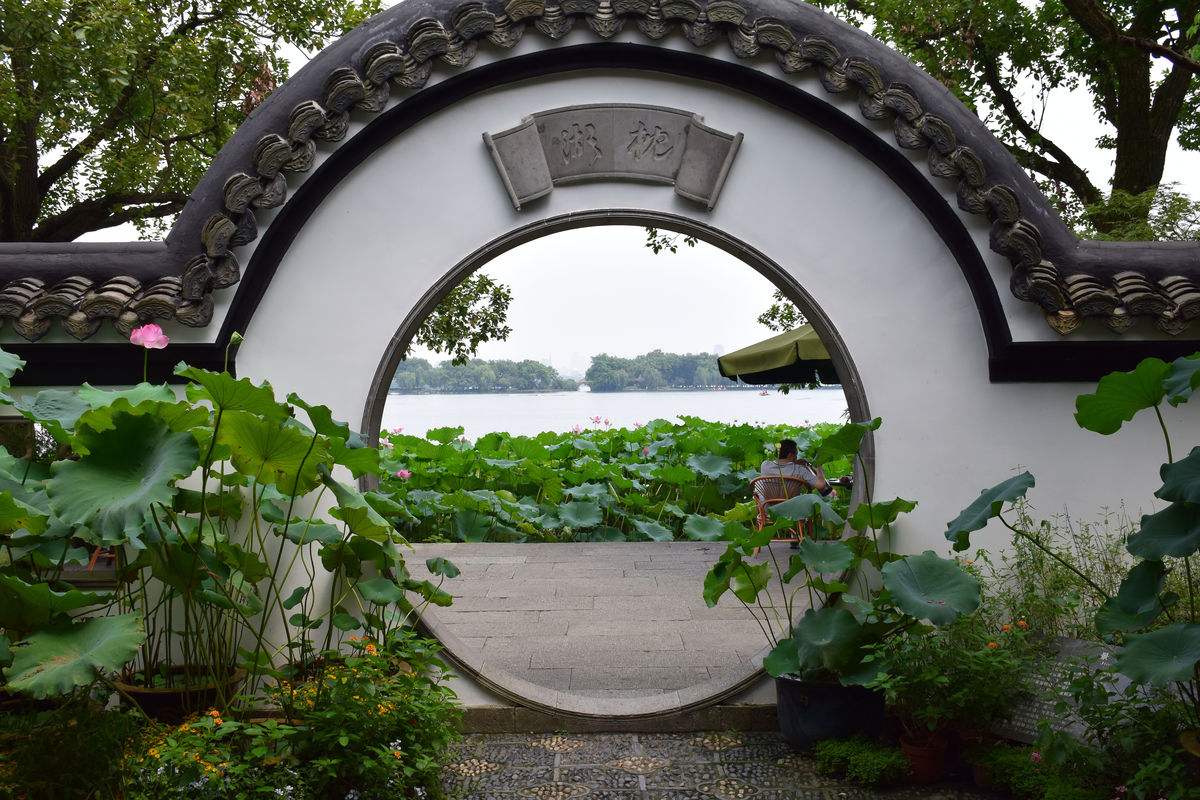 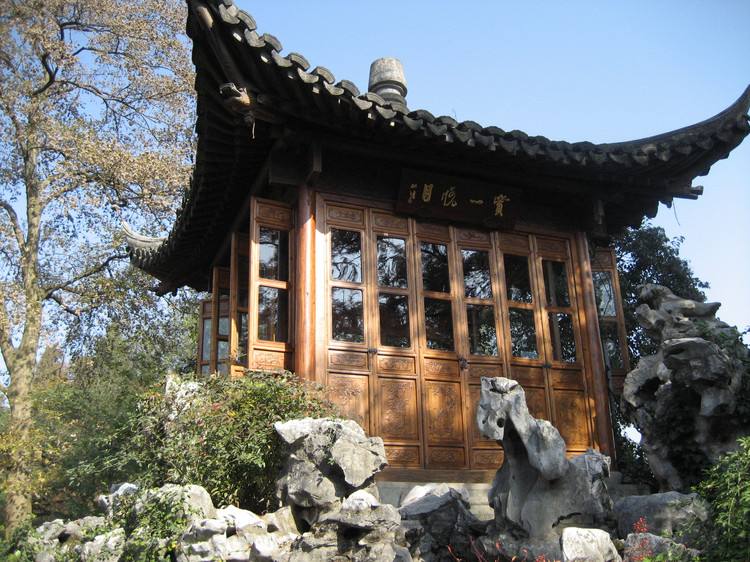 Fenyang Villa (Guo’s Villa)
Fenyang Villa (Guo’s Villa) was built first by a silk merchant Song Duanfu in the Reign (1851-1961) of Xianfeng of the Qing Dynasty. It was afterward transferred to Guo Shilin. The villa almost became ruined after vicissitudes. It was opened to the public in October 1991 after a complete renovation, becoming a private garden villa well known among the West Lake’s gardens featuring the most classical gardens in areas south of the Yangtze River.

Lying against the western Hill and facing the West Lake, the villa is highlighted by the Spring Dawn at the Su Causeway in the east and the Twin Peaks Piercing the Cloud in the west. It commands a distant view of the serene Nanping Hill in the south and the graceful Baochu Pagoda in the north, showing a colorful space landscape.

Layout & Function
The villa consists of two sections. The Jingbiju (Quiet Residence) is where the owner used to live and meet guests, well furnished with antique furniture. Yijingtiankai (The Skay in the Mirro) is a garden section. The sky-mirroring pond in the center is surrounded by corridors, stone bridges and rockeries, as well as trees and flowers.

Around the pond are also scenic spots such as Xiangxuefenchun (Plum Blossom and Snow Sharing Spring), Chengfengyaoyue (Riding the Wind and Inviting the Moon), Liangyixuan (Always Pleasant Pavilion), Shangxinyuemu (Pleasing both to the Eye and the Mind), jingsuge (Dyke-viewing Pavilion) and Rumuchunfeng (Bathing Like in Spring Breeze),etc.

Tour The Guo's Villa (Guo zhuang)  with Hangzhou Private Tour
We design private and tailor-made Hangzhou Tours customized to your style of travel at affordable local prices.  We will provide a private & spacious car and a local professional tour guide with over 5 years guiding experience only work for you or your group. Transport, ticket, and dining (We find the most authentic dishes popular with locals) all we will arrange for you according your requirements. Please check our most popular Hangzhou Tours including The Guo's Villa (Guo zhuang)  as below:

Next: The Former Residence of Hu Xueyan