Your Location: Home > Hangzhou Travel News > The most famous folklores & Legends in Hangzhou

The most famous folklores & Legends in Hangzhou

As we all know legend is not real but the reality is that any story where love is concerned can touch your heart, making something fairytale-like seem truly unbelievable and some may even say out of this world…

Hangzhou, one of China’s four ancient capitals, is both a historic city and a modern tourist attraction. It is here in this city that the Liangzhu, Kuahuqiao and Wuyue Cultures were unearthed and the Southern Song and Buddhist cultures boomed. Now also known as a destination of love, Hangzhou, with its abundance of romantic scenery, is also the story teller of many legendary tales. For thousands of years, it is in this land that the Chinese equivalent of Romeo and Juliet– Liang Shangbo and Zhu Yingtai fell in love, the legendary love story of Xu Xian and the White Snake took place and the famous concubine Su Xiaoxiao devoted herself to love.

The tale goes that a white snake came to the human world as she was longing for human life (another version holds that she wanted to repay an obligation), and married a scholar named Xu Xian. However, such marriage was opposed by Fahai, a Buddhist monk in Jinshan Temple, who maintained that coexistence of human and evil spirit was unallowable. He then suppressed the white snake (Madam White Snake) under Leifeng Pagoda at the bank of the West Lake. Many years later, after gained a Zhuangyuan title (the first place in the imperial examination), Madam White Snake's son offered sacrifice to his mother in front of the Leifeng Pagoda. God was moved by his action and made the pagoda collapse, which enabled the family to reunite. Provided the first half of the tale is a love story, the second half can be perceived as a narration regarding struggle and striving.

The legend happened in the West Lake of Hangzhou. It is said that Madam White Snake met Xu Xian on the now "Broken Bridge" at the White Dike of the West Lake. Up to now, visitors may still recall the story as they view and admire this scenic spot. More importantly, the huge quantity of ancient traditional customs preserved in this legend has made it become one of the oral heritages containing the most abundant folk customs in China. Legend of the White Snake derives from the Tang and Five Dynasties and is handed down through the Ming and Qing Dynasties until now. Through the adaptation and performance of oral folk literature and various conventional literature, this tale became a classical theme of a variety of literal forms including story, ballad, precious scroll, fiction, historical novel, script for story-telling, drama, Tanci, as well as movie, TV play, cartoon, and comic strips. It has therefore experienced an ever expanding influence and becomes widely known in China, and furthermore, spreads in many countries such as Japan, North Korea, Vietnam, and India. 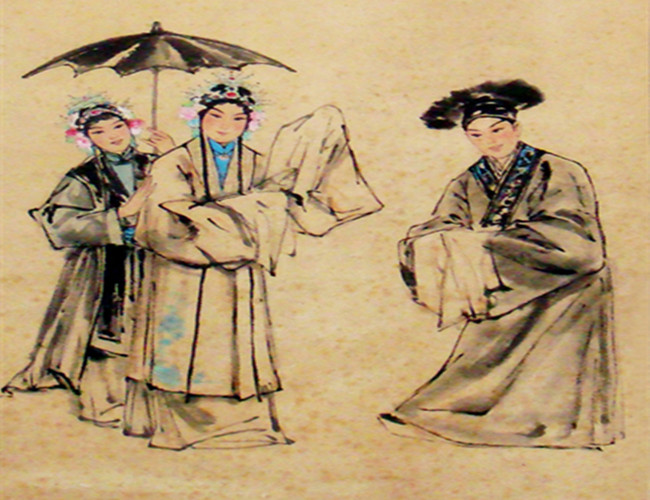 Butterfly Lovers
The Butterfly Lovers, Liang Shanbo(梁山伯) and Zhu Yungtai’s(祝英台) tragic love story, is one of the four great folklores of China and the only one to have earned world acclaim as the counterpart to Shakespeare’s Romeo and Juliet. In 2006 it was listed as one of China’s National Intangible Cultural Heritages.

The legend of Liang Shanbo and Zhu Yingtai is set in the Eastern Jin dynasty (265-420 AD).

Zhu Yingtai is the ninth child and only daughter of the wealthy Zhu family of Shangyu, Zhejiang. Although women are traditionally discouraged from taking up scholarly pursuits, Zhu manages to convince her father to allow her to attend classes in disguise as a man. During her journey to Hangzhou, she meets Liang Shanbo, a scholar from Kuaiji (present-day Shaoxing). They chat and feel a strong affinity for each other at their first meeting. Hence, they gather some soil as incense and take an oath of fraternity in the pavilion of a wooden bridge.

After three years together Zhu Yingtai falls in love with Liang Shanbo but later has to return home, however before she leaves she indicates her love for Liang Shanbo but he doesn’t catch on. It is not until Liang Shanbo pays a visit to her family home that he knows the truth and then realising his love for Zhu Yingtai he asks her parents' permission to marry her but is refused as, under her parent’s arrangement, she is already engaged with another man.

Liang Shanbo is heartbroken to hear such news and dies of depression and knowing this Zhu Yingtai, on her wedding day, jumps into Liang Shanbo’s grave and the two become a pair of butterflies flying off together happily ever after. 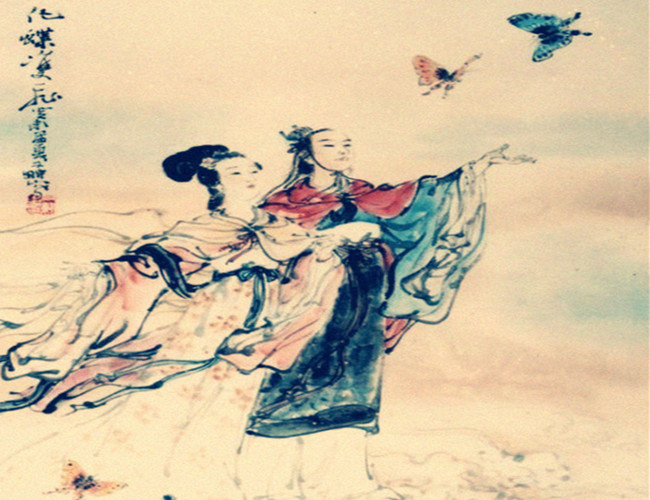 Su Xiaoxiao
Differing from the previous two folklores, the story of Su Xiaoxiao (苏小小) is actually true. According to historians, Su Xiaoxiao was the daughter of a prostitute in the Southern Qi Dynasty (南齐: 479-502) and it has been said that in her early age she grew as beautiful as the West Lake and although she never attended school she became a talented literary figure.

In spite of her talents she was somehow reduced to a sing-song girl but still remained as graceful and elegant as a lotus emerging from the mud. Many playboys from wealthy and powerful families hankered after her beauty and wanted her to be their wife but she refused them all until she met Ruan Yu (阮郁). Ruan Yu, even though he was the son of a wealthy family as well, in Su Xiaoxiao’s eyes, he was different, naïve and unworldly and soon the two fell in love and got married. In spite of her beauty and talent, Su Xiaoxiao was still a low-class sing-song girl who back then was not qualified enough to be part of a powerful family. Aware of this, Ruan Yu was summoned home by his father and was never to see Su Xiaoxiao again. Depressed at being separated from her one true love, Su Xiaoxiao at the young age of 22 died suddenly of a heart attack but according to her wishes she was buried near the Xiling Bridge. 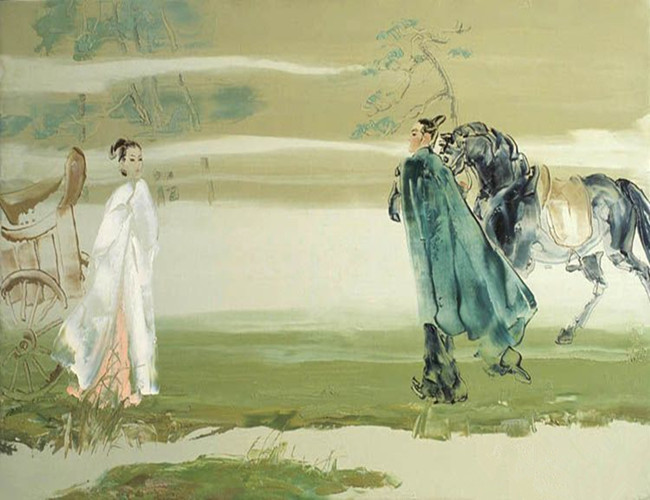 Next: Nanshan Road with the Fanciest Scenery and Tastiest Food