Your Location: Home > Hangzhou Travel News > Several ecological tracks will be built by the Qiantang River in Hangzhou

Have you noticed that the number of places where people can ride and jog in Hangzhou is increasing?  To date, a lot of ecological tracks have been built near both sides of the Qiantang River. The-so-called “ecological track” refers to a line-shaped space which only allows the entrance of pedestrians and bicycles. The tracks feature the surrounding natural environment and cultural constructions of civilization. People can enjoy themselves and the views along the tracks. 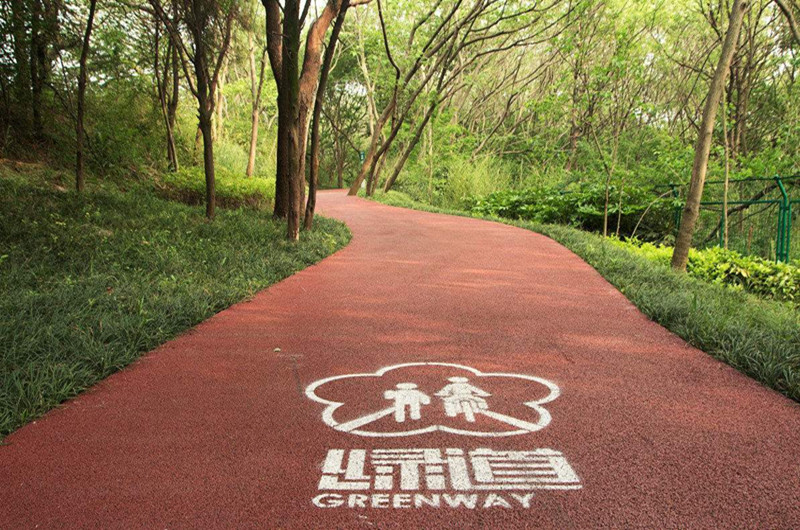 In fact, early in 2017, Hangzhou built a “Rainbow” track for jogging and cycling in Binjiang District. With seven colors from the rainbow, the track beautifies the district and encourages exercise among its citizens.In-the-near-future, the shores of the Qiantang River will be linked by the well-planned system of ecological tracks. The system, with a total length of more than 1000 kilometers, will cover 118 spots for rest and 38 piers. This year, Hangzhou is going to build several more ecological tracks by the Qiantang River.

“The most beautiful jogging and cycling track” in Wentao Road of Bingjiang District will be optimized this year. After the refurbishment, the new track will be 17.4 kilometers long. The area of optimization which increases plantation will expand to 330000 m³ around from the coastline. 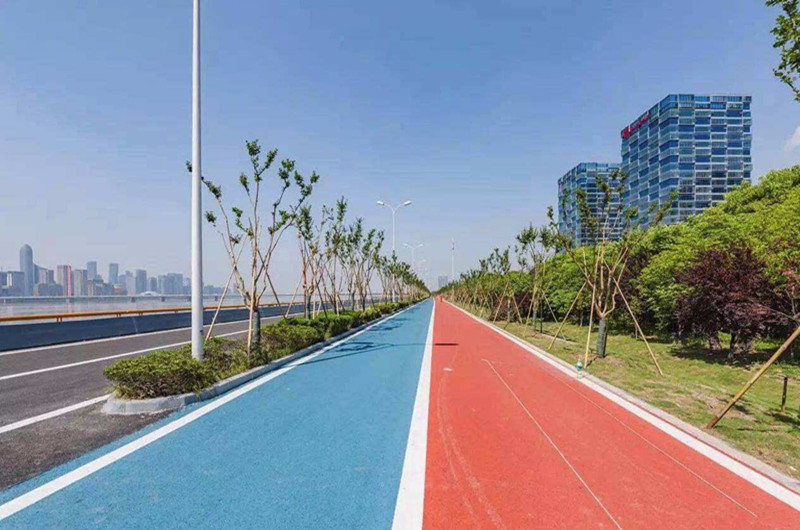 The track will be extended towards the south, from East Avenue to the Huajia Drainage and Irrigation station and will form a total length of 4.4 kilometers. The construction is expected to finish before the end of 2018.

The construction of a “green” track around the city is ready to start from Xiasha District. 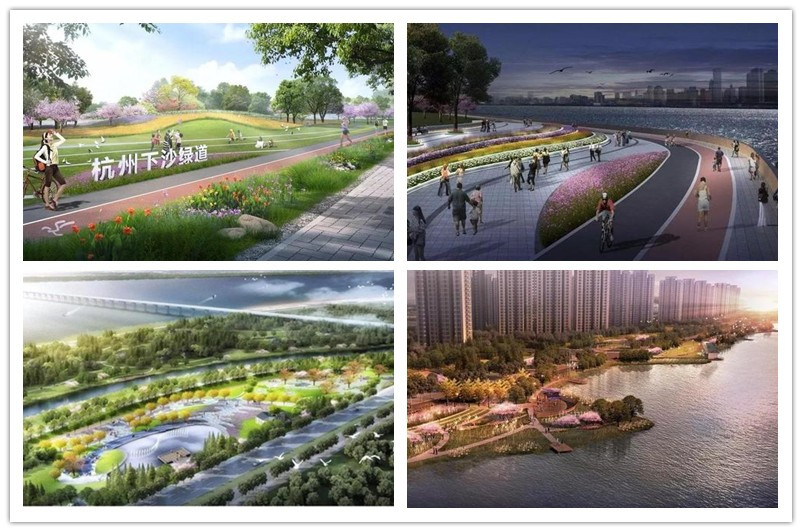 The construction, confirmed a few days ago, includes a track that can be used for marathons, cycle races, sightseeing, camping, and so on. The shores of the river will be rebuilt as a low-speed transportation system to include jogging tracks, pavements, cycling tracks and spots for rest.

In 2018, Fuyang District has been focusing on the green construction and optimization of areas around the three rivers: Qiantang River, Xinan River, and Fuchun River.  The ecological track of Fuchun’Jiangnan line in Fuyang District will finish before the end of 2018, extending from the main Bridge no .1 of Fuchun River to Changkou Town. 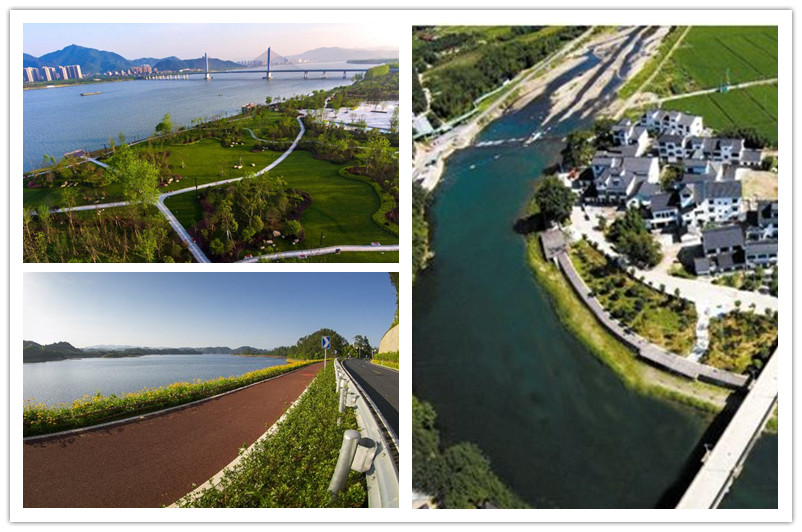 Except Qingkou Bridge and Yanxi Bridge which are both under construction of other kinds, Changkou area, Mashan area, Zhongbo area and so on will be refurbished. The 15-kilometer-long ecological track features low-speed transportation encourages green lifestyles, and aesthetically decorates the shore. 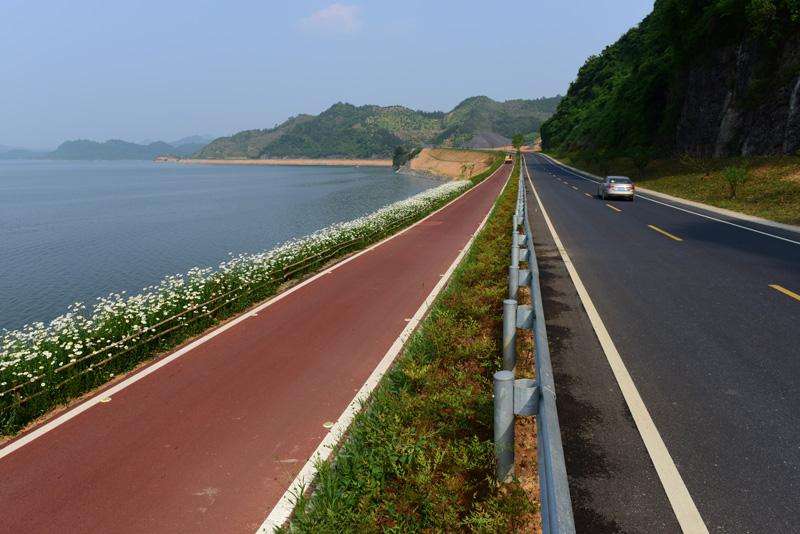 The ecological track of Thousand Islands Lake is the longest cycling track in China.  It is said to be “the most suitable cycling route in China”, and one of “the top 10 routes for sports tourism in China”.This year, Chun’an District will build at least three new ecological tracks. The nationally well-known track, with a total length of 14.5 kilometers, provides the perfect place for outdoor activities such as sightseeing, hiking, climbing, photographing and so on.

Prev: Three zones by the Hangzhou Grand Canal to be optimized

Next: Lotus in Bloom in Hangzhou