As a tourist city, Huangshan is famous for its fantastic scenery, also for its abundant resources. Huangshan, of course is a great getaway for travel-addicts, has much to offer for shopping-lovers as well. Handicrafts and healthy native products there are brimming with folk customs and local flavor. Products such as Huangshan Maofeng Tea, ink stone, ink, potted landscapes are what can not be missed. Some of these must-buys are listed in the following.

What to buy in Huangshan 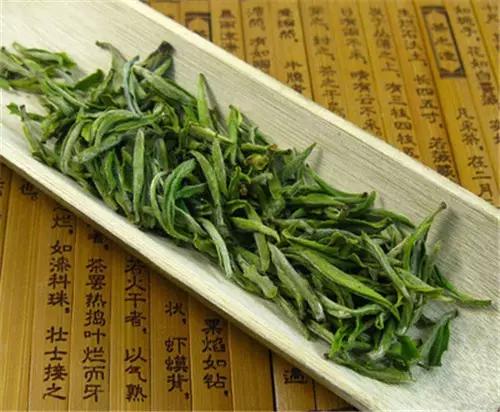 Huangshan's Maofeng green tea is considered to be one of the top ten teas in China, which grows on the mysterious Huangshan Mountain. It was first produced in 1875 during the Qing Dynasty (1644-1911). The tea leaves is featured for its appearance, which looks like the tongues of birds covered with silvery floss. Brewed in cups, the tea appears jade green and slightly yellow in color, pure in flavor and has an aromatic in scent. Huangshan Mao Feng Tea drinkers say that the first brewing is fragrant, the second brewing is sweet, and the third brewing is strong. The tea tastes clean and refreshing, and lasts a long time on the tongue.
Where to buy: Tea City, Tunxi Ancient Street 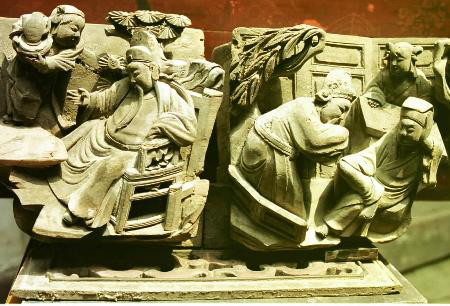 Huangshan is famous for the carving since ancient times in China. There are three carvings, brick carving, wood carving and stone carving. The three carving styles originated in the Song Dynasty (960-1279) and reached their peak in the Ming (1368-1644) and Qing (1644-1911) dynasties. During the Ming Dynasty, they emphasized simplicity and elegance to create decorative beauty. These exquisite carvings are reputed as Hui-style Carvings (also Huizhou Carvings), all of which are of high artistic value. The carvings are mainly used to decorate architectures like dwelling, ancestral hall, temple, garden and residential. But their scope wasn't limited to large structures. Fine patterns were also cut into a variety of household objects such as furniture and vases. These three famous kinds of carvings are best represented in the region neighboring Huangshan City, such as the Xidi Village, Hongcun Village and Tunxi District. The carving patterns sometimes can tell a story sometimes
Where to buy: Tunxi Ancient Street 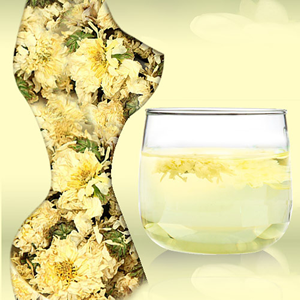 Hui chrysanthemum is another special in Huangshan, it has been granted as the tribute and devoted to the king, so it is called The Tributary Chrysanthemum. In traditional Chinese medicine, chrysanthemum tea is also said to clear the liver and the eyes. It is believed to be effective in treating eye pain associated with stress or yin/fluid deficiency. It is also used to treat blurring, spots in front of the eyes, diminished vision, and dizziness. The liver is associated with the element Wood which rules the eyes and is associated with anger, stress, and related emotions. It is a best kind of the chrysanthemum in China, not only it has the value of view and admire, but also it has the medical function and tastes sweet.
Where to buy: Tunxi Ancient Street 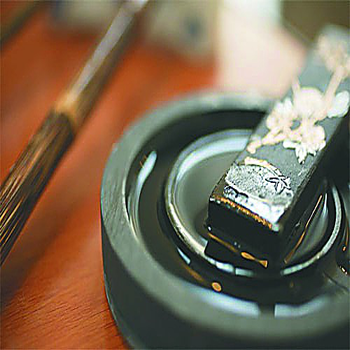 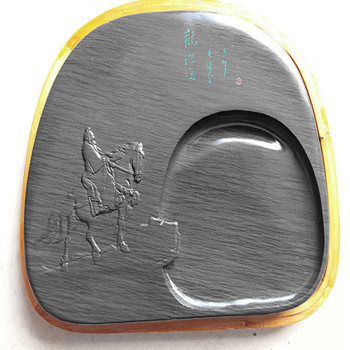 According to ancient Chinese tradition a set of writing equipment is known as the four scholarly treasures, namely the writing brush, the ink stick, the ink pallet and paper. Huangshan produces excellent Ink stick and Ink stone. A good Hui Inkstick is very finely grained with a smooth texture, and has a pleasant aroma due to the musk used in its production. The colors painted onto the inkstick should not have run or sloppily applied. You can find a centry-old ink factory still operating in the traditional way where produce ink sticks and made-to-order stamps (used for delivering a personal seal or other imprint in ink) being fashioned by hand. Shexian Inkstone is one of the four well-known inkstones in China, which is carved from a local special stone. Inkstone is a stone stand used for preparing ink used in Chinese brush calligraphy and painting. It features with various shapes from cobble to willow leaves. The caver will make the Ink stone within the original shape.
Where to buy: Tunxi Ancient Street 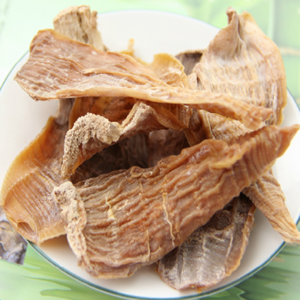 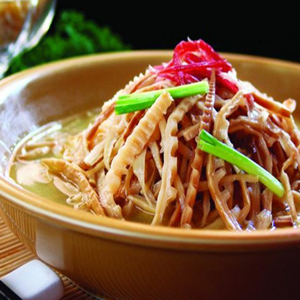 Bamboo shoots is a local specialty in Huangshan, grown in many places among Yellow Mountain and are especially abundant in the spring. As high rainfall around Yellow Mountain, it produces very good growing conditions for bamboo shoots and makes the bamboo shoots particularly tender and organic. In order to eat bamboo all year around, locals will dry the bamboo shoots, cook with ham, pork, which tastes delicious. It’s an important ingredient to make local dishes.
Where to buy: Jiadeli Supermarket 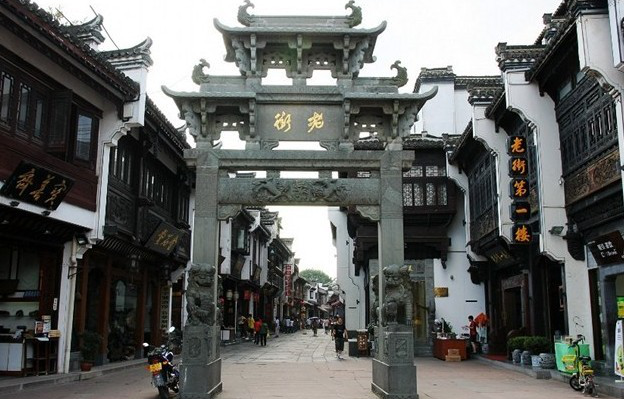 Tunxi Ancient Street located at the foot of the yellow mountain where you can find colorful bazaars of local features, which is similar to life style in Qing Dynasty and Ming Dynasty. Now it is also listed as one of China's Top Ten Historical and Cultural Streets. It lined with antique shops, medicine shops, teahouses, restaurants and galleries. Many of these shops have been opened for more than a hundred years, most of which still maintain the characteristic layout of ancient shops. You may see the local traditional curios and handicrafts and it’s an ideal place for you buy souvenirs, ink stones, Hui Carvings, local teas, and Mao badges. There are also two well-known museums; The Tunxi Museum and the Wancuilou Museum are worth a visit as well.
Address: The center of the old city district
Time: Around 9:30—21:00 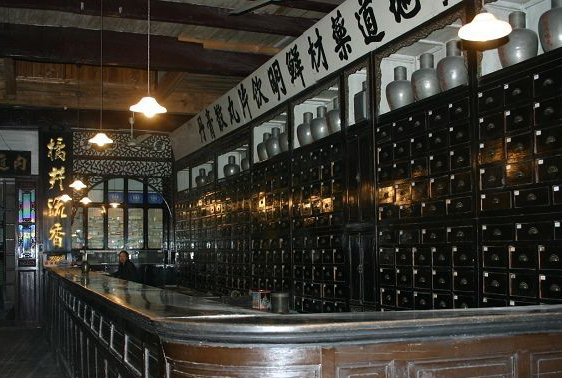 For over 100 years, this drugstore has sold Chinese herbal medicine and traditional patent medicines at wholesale and retail prices. The medicinal herbs from the store are sold to neighboring cities like Hangzhou and Shanghai. Such tonic as ginseng and edible bird's nests can be bought from the drugstore.
Address: Tunxi Ancient Street
Time: Around 9:30—21:00 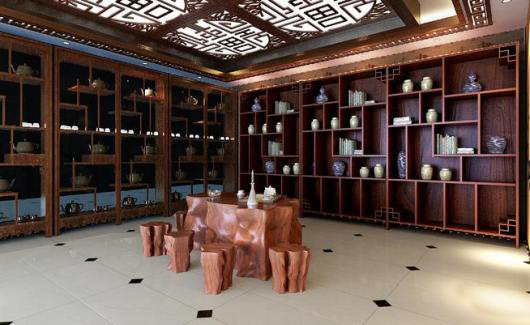 It’s a paradise for visitors who love tea. Tea City is the largest and highest tea trade center in south Anhui Province. You can not only buy every kind of tea but also experience tea culture first hand in tea history hall; you can have a tea taste at tasting tea hall and appreciate tea ceremony in any of the existing performance halls. In general, the famous mountain is wealthy in famous tea, so does Huangshan Mountain in Chinese history. At present, the most famous tea in Huangshan mainly include maofeng tea, Qimen black tea, taiping houkui tea and other varieties.
Address: No1-35. West Lotus Road, Tunxi district
Time: 9:00—21:00
Transport: By bus 1, 2, 6 and 7 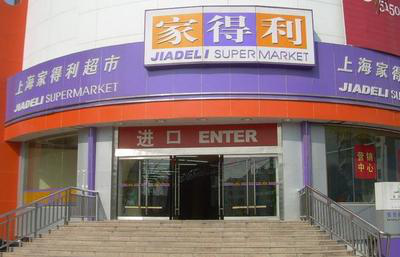 Jiadeli Supermarket is a chain branch of Shanghai Jiadeli, which is the largest supermarket Huangshan City, provides fruits, food, all varieties of goods for daily use. It has recently opened, it has many kinds of the local snacks that visitors can buy and take home easily. It located near Tunxi Ancient Street, This supermarket is normally included with any visit to the ancient street, it’s very convenient.
Address: East Huangshan Road, Tunxi
Transport: By bus 1, 3, 5, 7, 9, 10, 12, 15 18 and 20
Time: 9:30—9:30
Tel: 0559-2125599 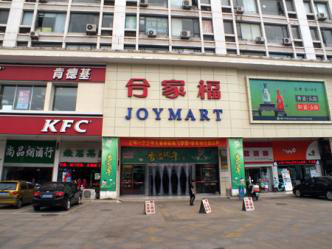 Located near the entrance of the most prosperous street of Huangshan City, Hejiafu is the most popular department store, which belongs to Baida. It emphasizes the commodities including clothes, shoes, articles for daily use and electrical home appliances, etc.
Address: No. 23, North Xin’an Rd, Tunxi District
Transport: By bud 1, 2, 6 and 7
Time: 9:00—22:00
Tel: 0559-2321103 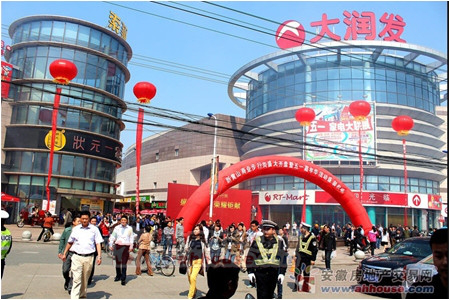