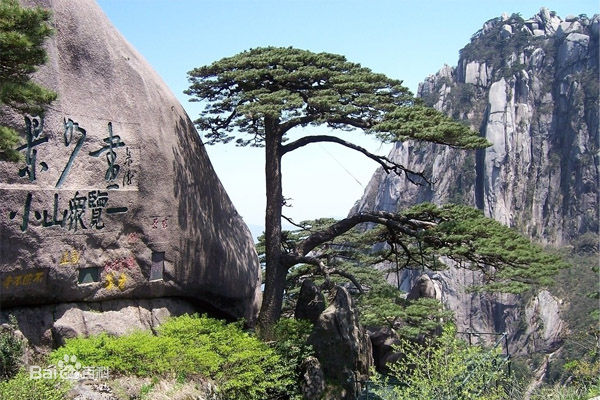 Huangshan city with a long hstory, as early as 6,000 or 7,000 years ago, which is 51 centry B.C., later of the matriarchal society clan society of our country, the mankind have already labored and lived in this beautiful and rich mountain area. There are two old counties established here more than 2000 years ago, She County and Yi County.

During the period of Yin and Shang which can dated back to 3,000 to 4,000 years from now, the first people called Shanyue lived here. The Shanyue was one of the 100 Yues. In the period of Chunqiu and Zhanguo, it belonged to Wu firstly, belonged to Yue after Wu died out, belonged to Chu after Yue died out.After the Qin Shi Huang unified six countries practiced the County system, it belonged to the ground for Huiji County.

They began to establish Xinan County in the South Dynasty, the county mansion moved and did not leave the upper stream of Xinan River, the Weizhou was called Xinan in the past, its source proceeds from this. In 1121 A.D., Anzhou was changed for Weizhou. In 1667 when setting up the province, took the first word of Anqing and Weizho as the name of the province. 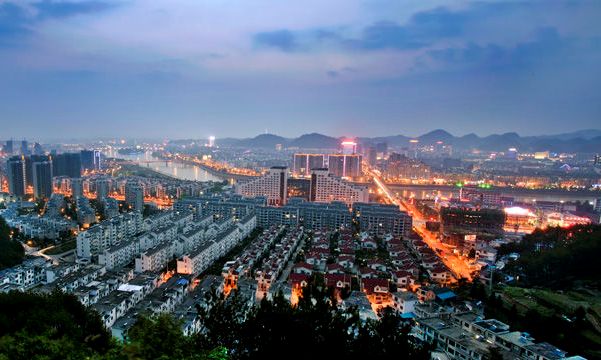 Huangshan City was formerly called Xin'an Shire in the Jin Dynasty (265-420AD) when the system of shire and county took shape. Its name was then changed to Huizhou until the Song Dynasty (960-1279). At that time, the city was noted for its Hui business, Hui architecture, Hui carving, the Xin’an school of painting, Hui cuisine and Hui opera. In 1121 A.D., Anzhou was changed for Huizhou. In 1667 when setting up the province, took the first word of Anqing and Huizhou as the name of the province. 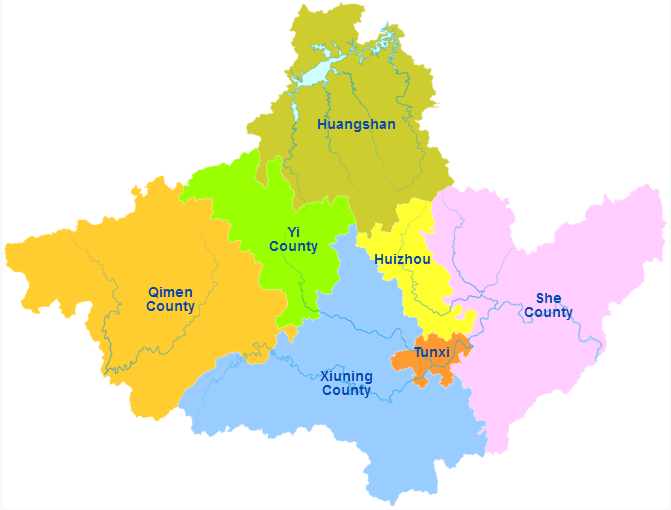 In November 1987, the administrative division of Huangshan City including three districts: Tunxi, Huizhou, and Huangshan Districts; four counties: She, Yi, Qimen and Xiuning Counties as well as the Huangshan scenic area.