Qiantang River, known as the “mother river” by Hangzhou locals, has become a revered scenic spot since early ancient times and its tide, which is praised as “the most spectacular tide on earth”, attracts countless spectators. Now the Mid-autumn Festival is over, the Qiantang River tide has started to surge which is the best time to view such tidal scenery. 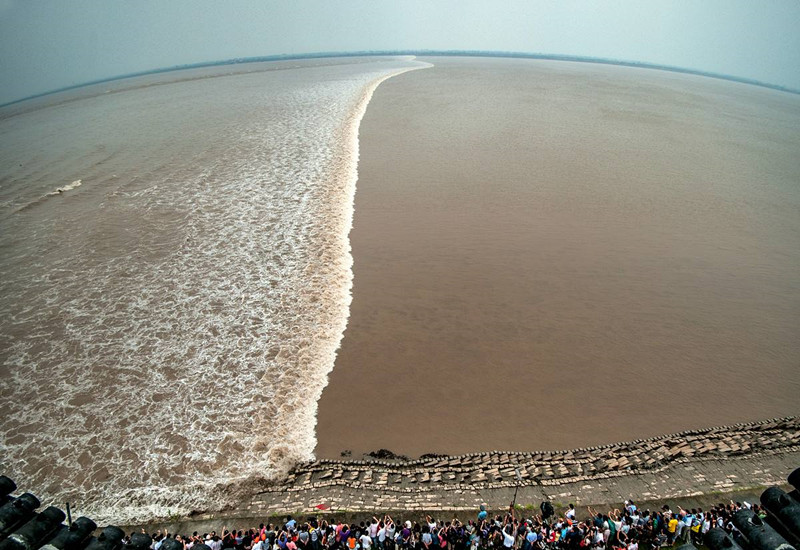 Brief Introduction of Qiangjiang Tide
As one of the two best-known tides, Qiangtang River Tide is famous for its splendid scenery of “toppling waves”, which is witnessed by millions of visitors every year after it was developed as a scenic spot. However, it is, in fact, a dangerous beauty, because in past years, several spectators were killed due to getting too close to the river. Although the government has strived to strengthen safeguarding, those who are going to view this spectacle should be aware of the dangers and take extra safety-precautions. 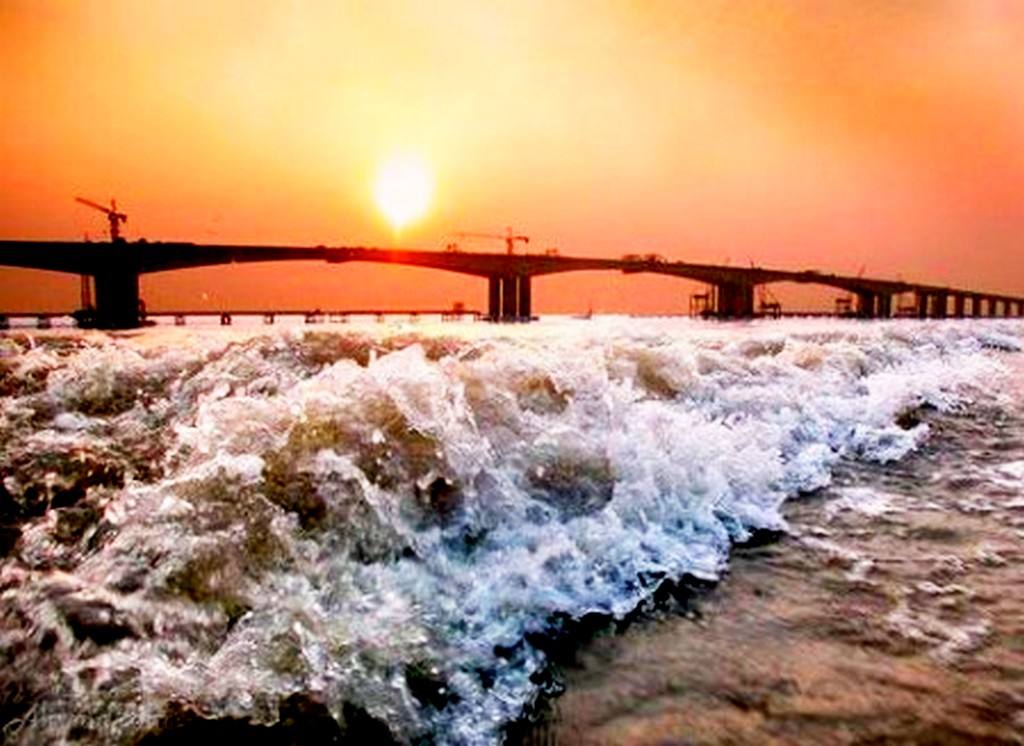 The Cause of Qiantang River Tide
Tides regularly appear on the first day and the fifth day of the lunar calendar when the moon, earth and sun are in a line, thus the resultant tide generates a force of the moon and when the sun reaches its maximum, spring tides will then come into full flow.

Best Period for Viewing
During the period of around August 18 on the lunar calendar, Qiantang River is in its peak season for viewing tides. With sunshine and a gentle breeze, at the seawall people jostle to find the best sight of the tide. The best time for watching is between 13:00 and 14:00, arriving half an hour ahead of viewing time is necessary since you could spend time on finding a place to watch. 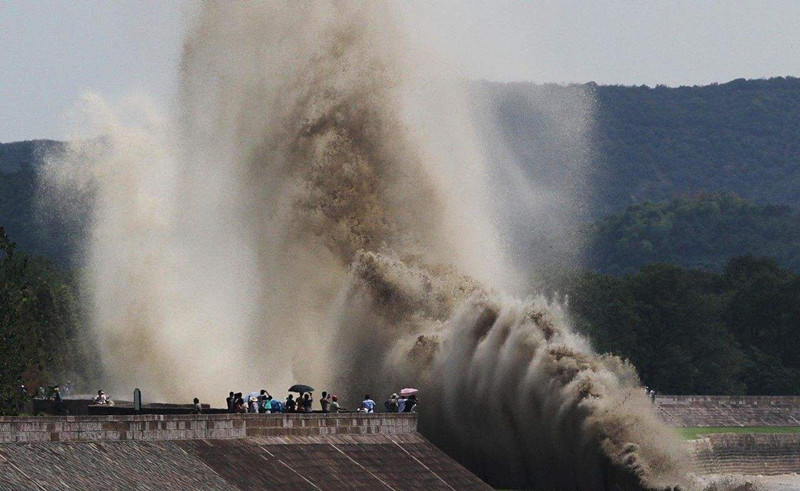 Best place for Viewing
1. The seawall at the southeast of Yanguan Town, Haining County. The only place to watch “Yixian Tide”, characterized by hearing the tide before it arrives.

2. Babao, 8 kilometers away from Yanguan Town in an easterly direction, is where you can admire spectacular scenery of tidal collisions.

3. Laoyancang, 8 kilometers away from Yanguan Town in a westerly direction.

In Hangzhou, magnificent tidal views are also available at Qiangtang River Bridge in Binjiang District (right opposite the Pagoda of Six Harmonies).

Prev: Buddhist Pilgrimages and temples near the West Lake hangzhou

Next: Where to eat Pan fried pork bun in Hangzhou