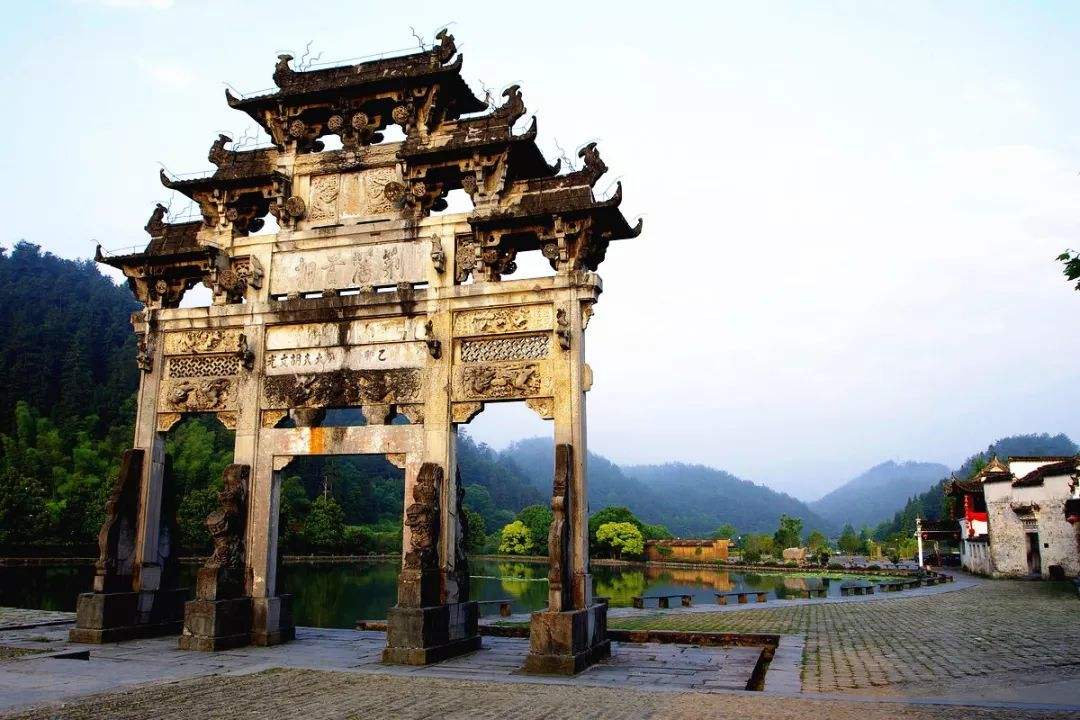 Xidi village is a typical Chinese traditional village. It is located at the southern foot of Huangshan Mountain and the south of Yixian basin, 19 kilometers away from Hongcun village. Xidi village was built in the Northern Song Dynasty, developed in the middle of Ming Dynasty and flourished in the early Qing Dynasty.

Layout
Xidi village is a boat shaped village surrounded by mountains, and two streams pass through the village. The main framework of the village is a vertical street and two roads along the tributary of Xin'an River, which forms a village street system mainly in the East and extends to the South and North.

All streets and alleys are paved with green stone in Yixian County. The ancient buildings are mostly wood structure and brick wall maintenance. The wood carving, stone carving and brick carving are rich and colorful. The design and layout of roadway and building are coordinated.

Features
Xidi village has more than 300 residential buildings in Ming and Qing Dynasties, of which 124 are well preserved. These ancient dwellings are unique in style and are known as "Museum of folk houses in Ming and Qing Dynasties of China". The ancient dwellings in Xidi village have rich body shapes and simple and elegant architectural colors. Its external shape contour proportion is harmonious, generally is the green tile, the white wall. The setting of "Horse head wall" (commonly known as "sealing fire wall", originally for fire prevention) is another feature of Xidi ancient dwellings, which breaks the monotony of general walls and increases the aesthetic feeling of buildings. 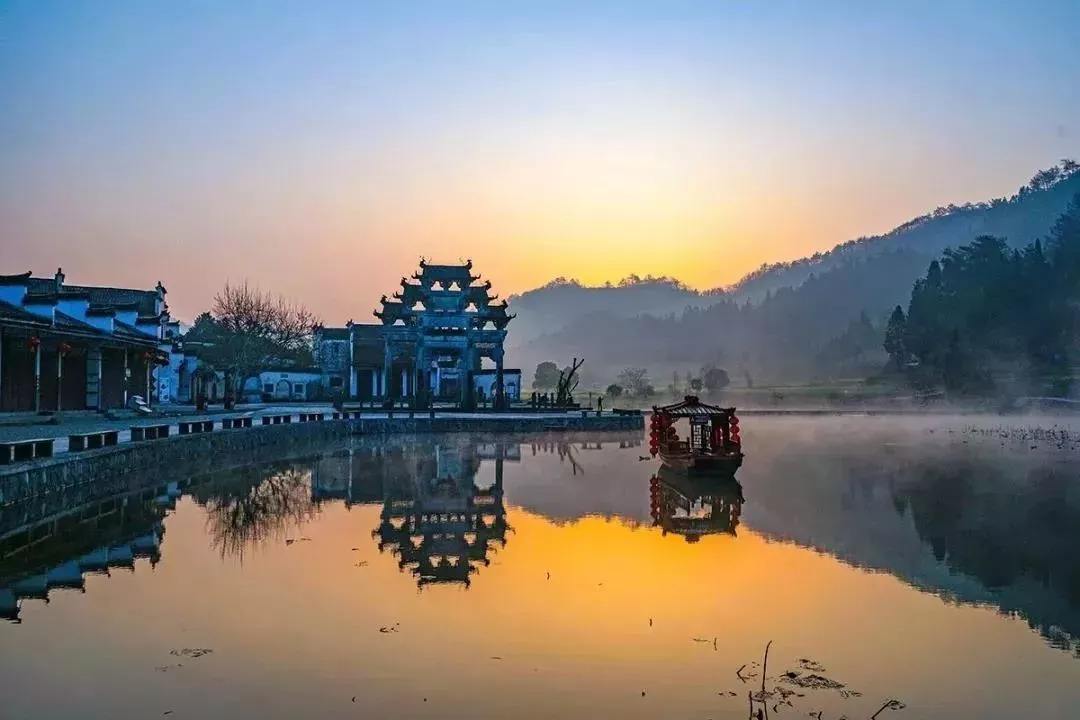 Traditional Folk Customs
Ancestor worship is an important ritual activity in Huizhou. The most important one is ancestral worship. Ancestral sacrifice is a kind of sacrificial activity carried out in the ancestral hall. It is a kind of sacrificial activity held together with the clan members. Generally, the patriarch or the son of the clan is the chief one. The head of a clan is assumed by a person who is middle-aged and senior, has children and grandchildren, and is highly respected.

Culture of Huizhou Merchants
Huizhou, the earliest place where clustered merchants gathered in China, is also the birthplace of ancient Chinese business culture. In the Ming and Qing Dynasties, ancient Huizhou (Wuyuan, Qimen, Yixian, Xiuning, Shexian and Jixi counties under the Huizhou government) were mostly engaged in business, which were called "Huizhou merchants" and "Huibang" at that time, which played an important role in China's economic history.

Starting from Hongcun：You can take the Hongcun-Tunxi tourist bus line and drop off at Xidi.

Starting from Tunxi；You can take No.1 tourist bus to Hongcun, and through Xidi village. It takes about an hour to reach Xidi Village from Tunxi.

Tour The Xidi Village with Hangzhou Huangshan Private Tour
We design private and tailor-made Hangzhou Huangshan Tours customized to your style of travel at affordable local prices.  We will provide a private & spacious car and a local professional tour guide with over 5 years guiding experience only work for you or your group. Transport, ticket, and dining (We find the most authentic dishes popular with locals) all we will arrange for you according your requirements. Please check our most popular Hangzhou&Huangshan Tours including The Xidi Village as below:


Are the above sample tour programs not suitable for you? We have more Huangshan Tours. Our tours can be tailor-made based on your requirements and budget to create unique Hangzhou experiences that allow you to interact with the local people and culture. We are Hangzhou travel experts who know what your guidebook and foreign agencies don't.  Our enthusiastic tour expert will promptly reply you in details within 24 hours.