The Former Residence of Hu Xueyan 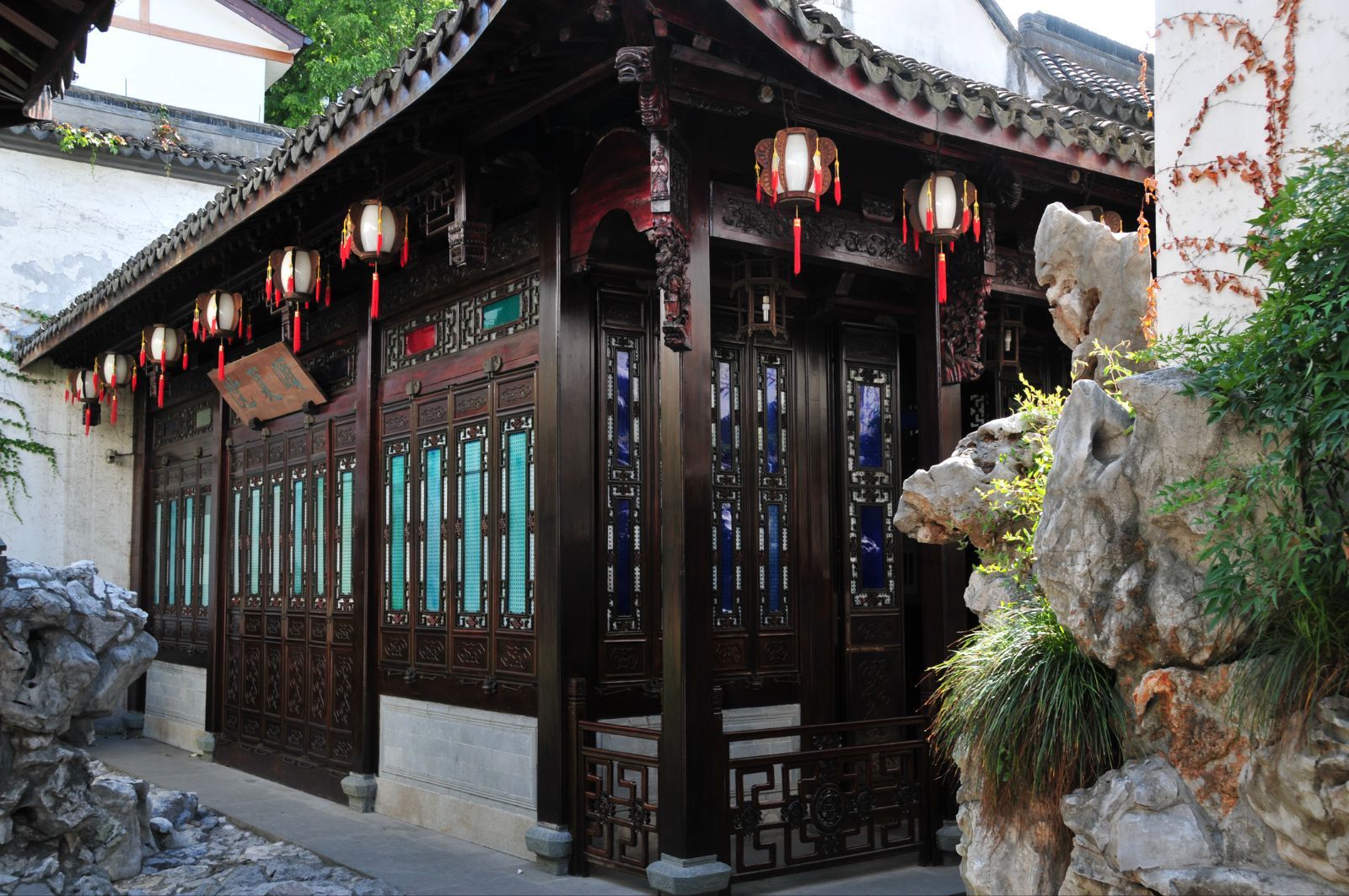 Overview Of Hu Xueyan
Hu Xueyan, the most famous and successful merchant in China during the 1870s and 1880s, was born to a poor family of Anxi in the Anhui Province in 1823. His life story is rather legendary. Initially, he worked as a clerk in a small money house. He soon became the boss of the house through his diligent hard work and intelligence. Later on, he expanded his own business into the real estate, medicine, armament, and silk industries through associating with high government officials such as General Zuo Zongtang. He was so rich and powerful that he provided funds for the general to crush the rebellion in Yili of Xijiang, and he also played a crucial part in the Westernization Movement.

Because of his noticeable contributions to the Qing Empire, Hu Xueyan was conferred to a high official position by Empress Dowager Cixi in 1875, putting him mainly in charge of the financial and civil administration of Hangzhou. In the 9th year of Emperor Guangxu in the Qing Dynasty (1616-1911), Hu Xueyan found himself heavily in debt due to business failure and he was relieved of his post by the Qing government. Tragically, he died sorrowfully a year later. Since then, however, the great Hu Xueyan has been recognized as one of the top Chinese entrepreneurs with high official positions.

History & Background
The Former Residence of Hu Xueyan was built in the 11th year (1872) of the Tongzhi Period of the Qing Dynasty (1616-1911) and was finished in 1875. It is located on Yuanbao Street of Hangzhou and it cost over 500,000 taels (an old measurement of weight) of silver in total. The architectures within the residence are an excellent example of integrated Chinese traditional styles with western styles.

Architecture & Function
Covering a construction area of 5,815 square meters, the residence was named “The First Luxury Mansion of South China in the Later Qing Dynasty” due to its fine workmanship in furnishings; all the furniture in the residences are made from fine and rare timbers including ginkgo trees, rosewoods, red sandalwoods, China firs, and beeches. The whole architecture was artfully designed and distributed, and considered the No. 1 house owned by merchant in late Qing Dynasty.

For 16 months starting in 1999, the residence was under major renovation; it finally opened to the public on January 20, 2001. The structures in the residence on the whole are distributed along the central axis. They were compactly laid out and delicately designed, and the livable rooms and gardening well complement each other. Along this central axis are the Guest Hall, Sedan Chair Hall, Main Hall (also called Hundred-Lion Hall), and Four-Side Hall. To the right of the central axis are Nanmu Hall, Mandarin Duck Hall, Freshness & Gracefulness Hall, Yixia Yard, and Melting Winter Yard, all of which functioned as rooms for Hu Xueyan’s wives. Then to the left of the central axis is Zhi Garden, well-proportioned pavilions, terraces, towers, a rockery, and stone bridges, all of which are closely connected by winding corridors. There is even a manmade karst cave beneath the rockery of Zhi Garden—the largest manmade cave in China and yet still a marvelous creation of nature. 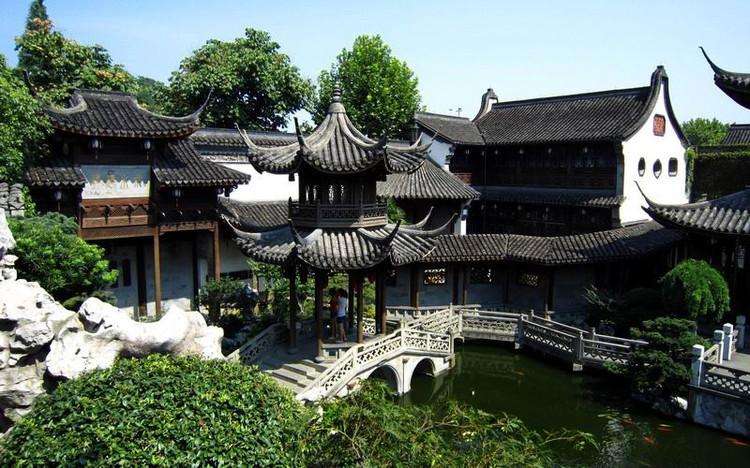 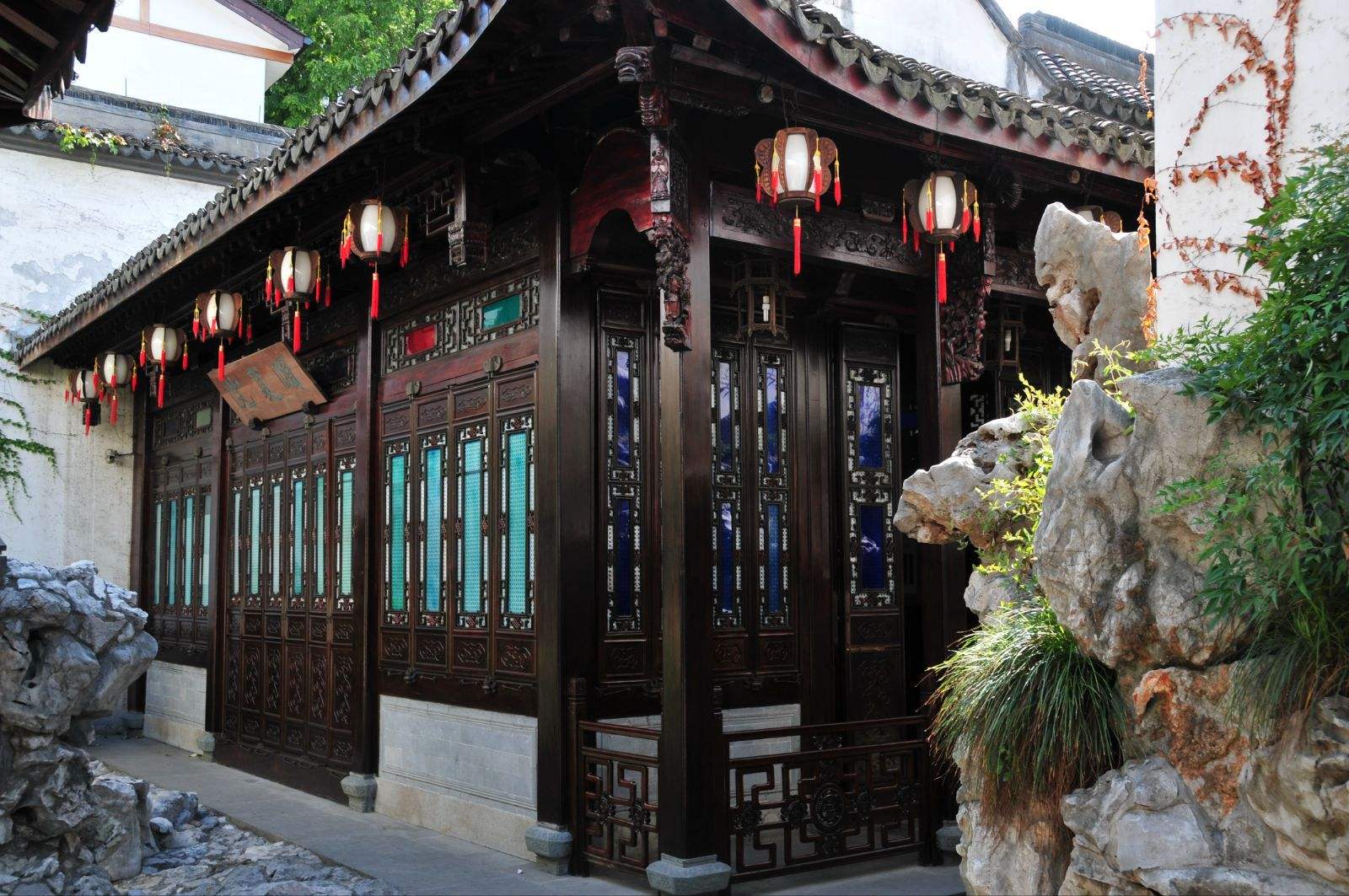 Sedan Chair
In ancient China, the up-class people won’t walk by themselves when they want to go out. Instead, they sit on a Sedan Chair, a spacious and comfortable wooden case carried by four or more strong men. The sedan chair of Hu Xueyan is extremely luxury. The first-class material and exquisite carvings and decorations manifest the wealthy and high social status of its owner. 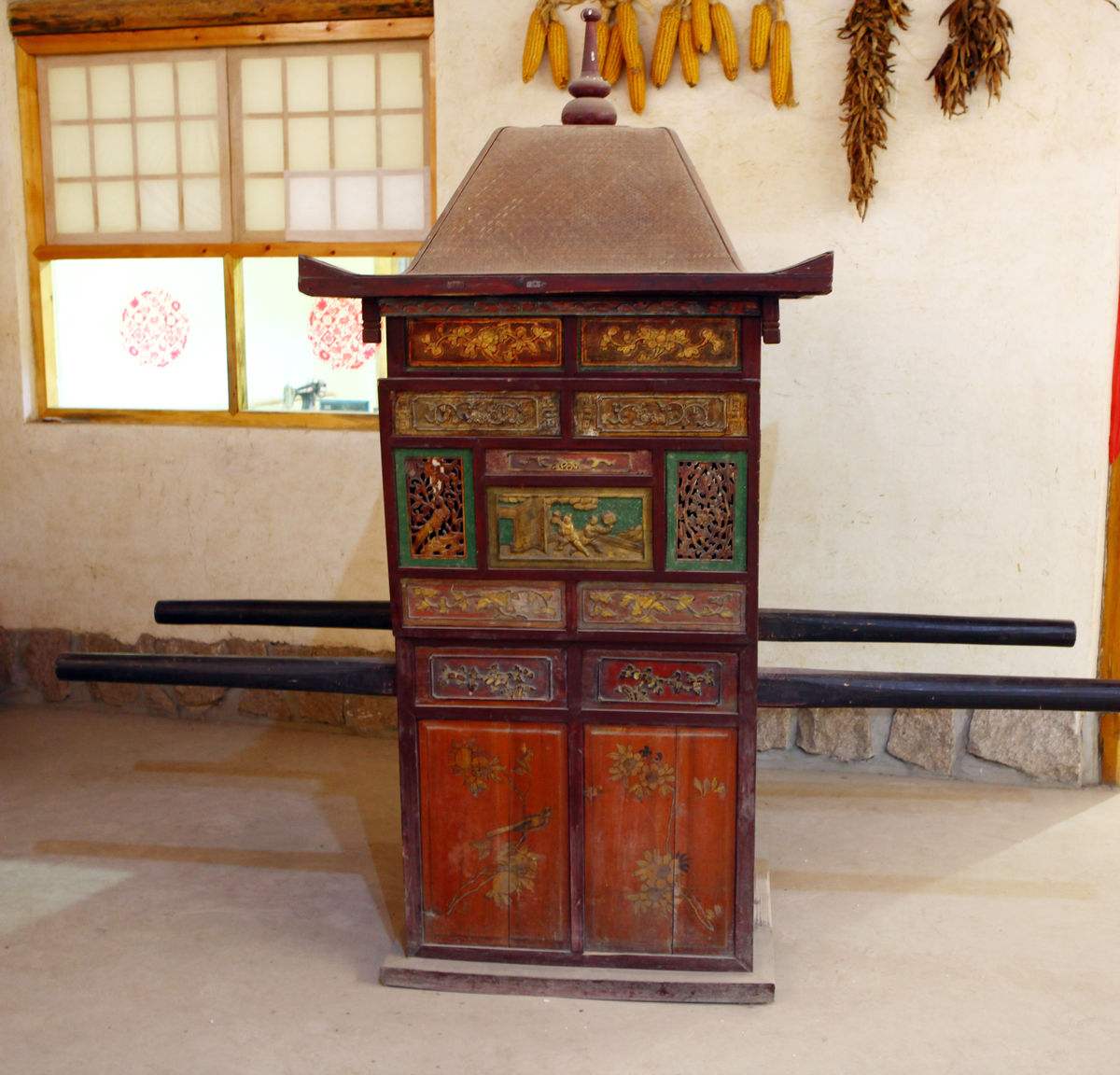 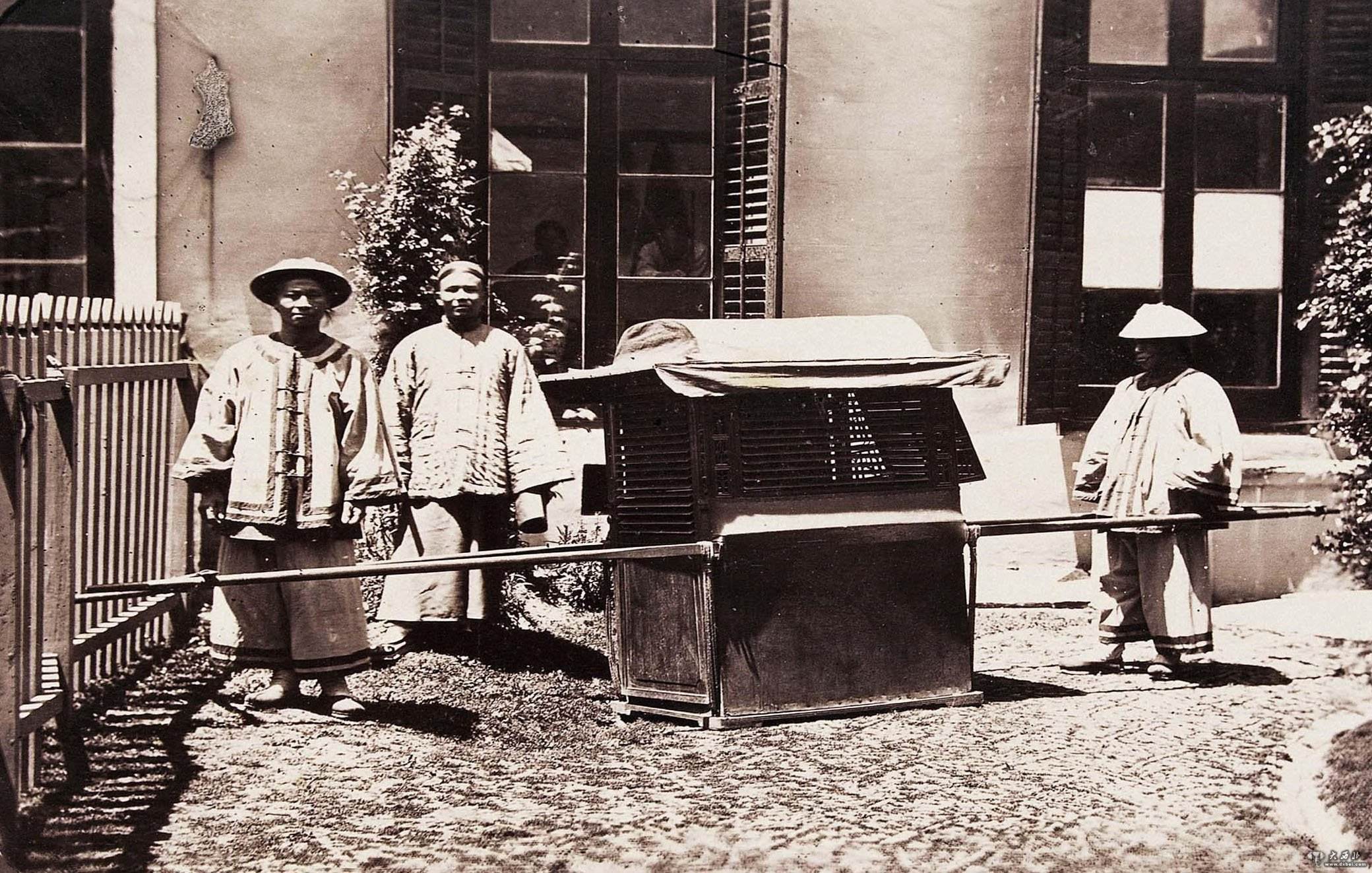 Zhiyuan Garden
The garden is in the residence, and is constructed on the base of the landscape in West Lake. There are limpid pools, zigzagging bridges, elegant pavilions and magnificent mansions—what a beautiful garden! Hu Xueyan and his 12 wives lived in their own kingdom and enjoyed the luxury and comfortable life. 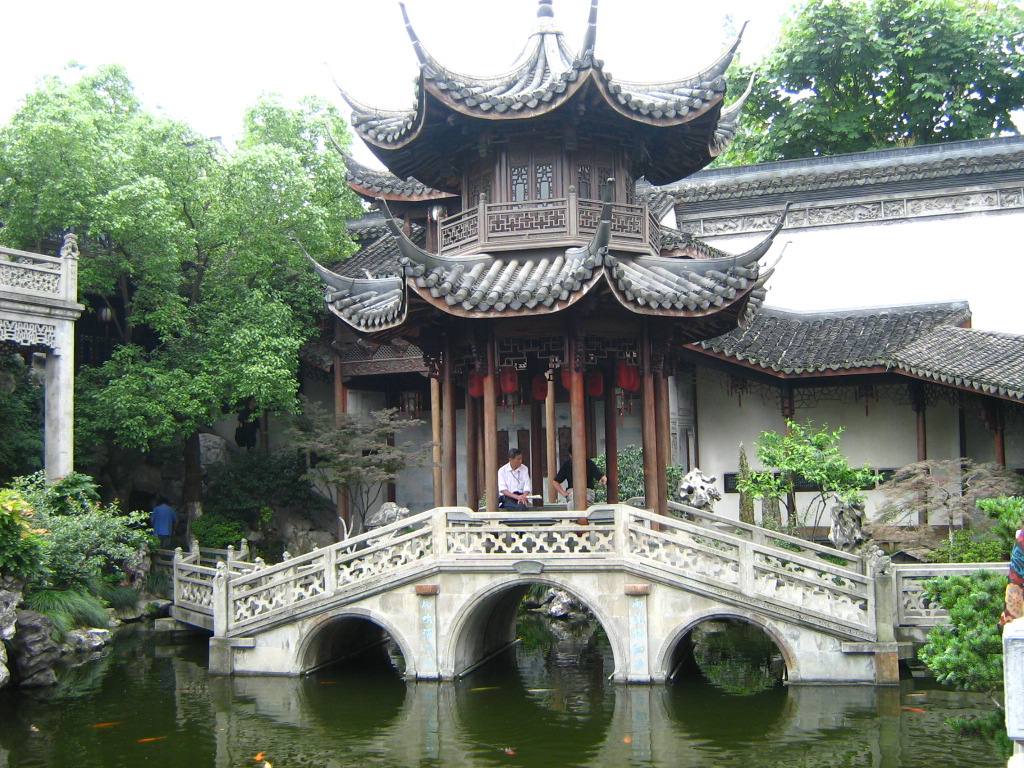 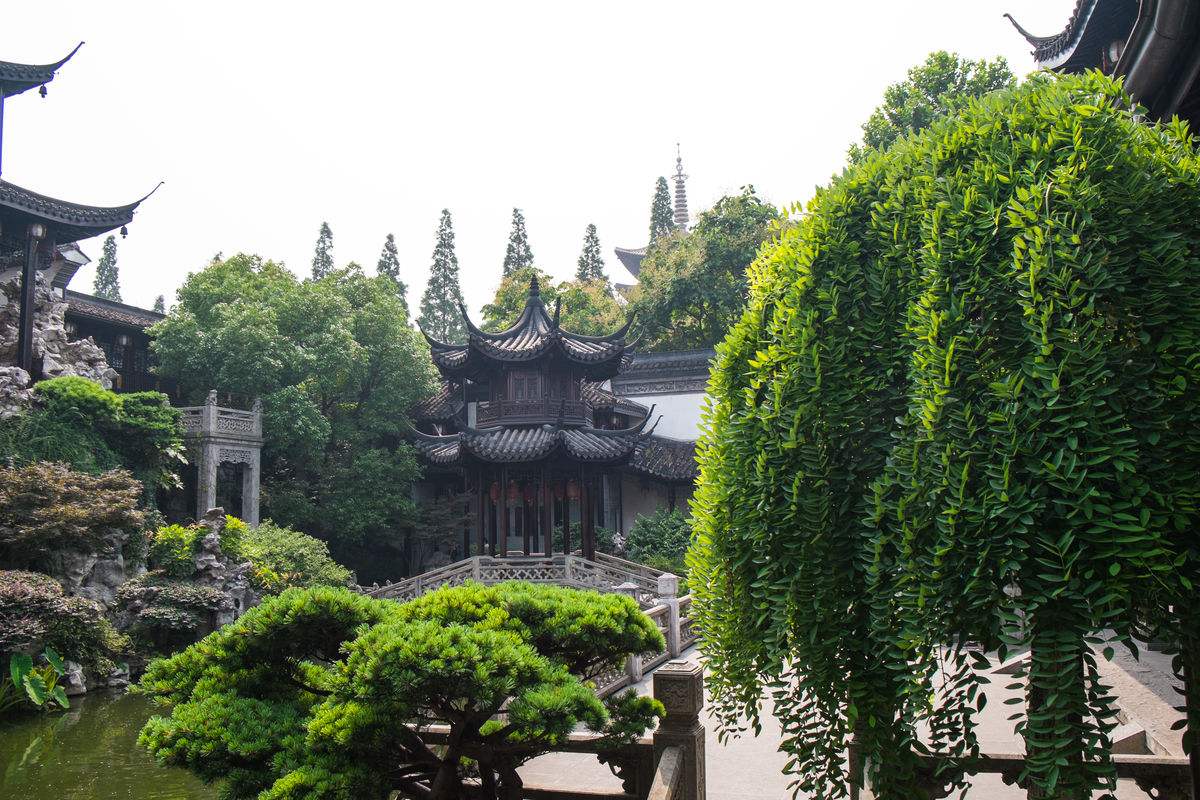 Huqingyutang Herbal Medicine Shop
Hu Xueyan operated a medicine shop named Huqingyutang. He opened this herbal medicine shop to help the local people to stay healthy. Countless medicine and medicine-making equipments will leave you in surprise and wonder. Hu Xueyan was not only a successful business man, he also cared a lot about the ordinary people, and this is why he was honored and respected by so many people. 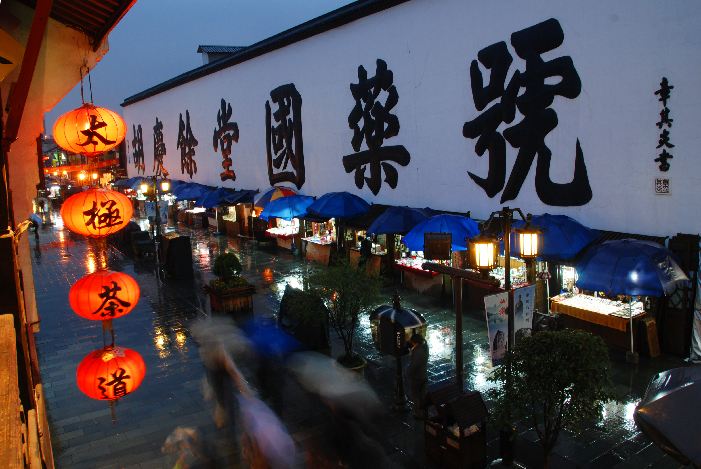 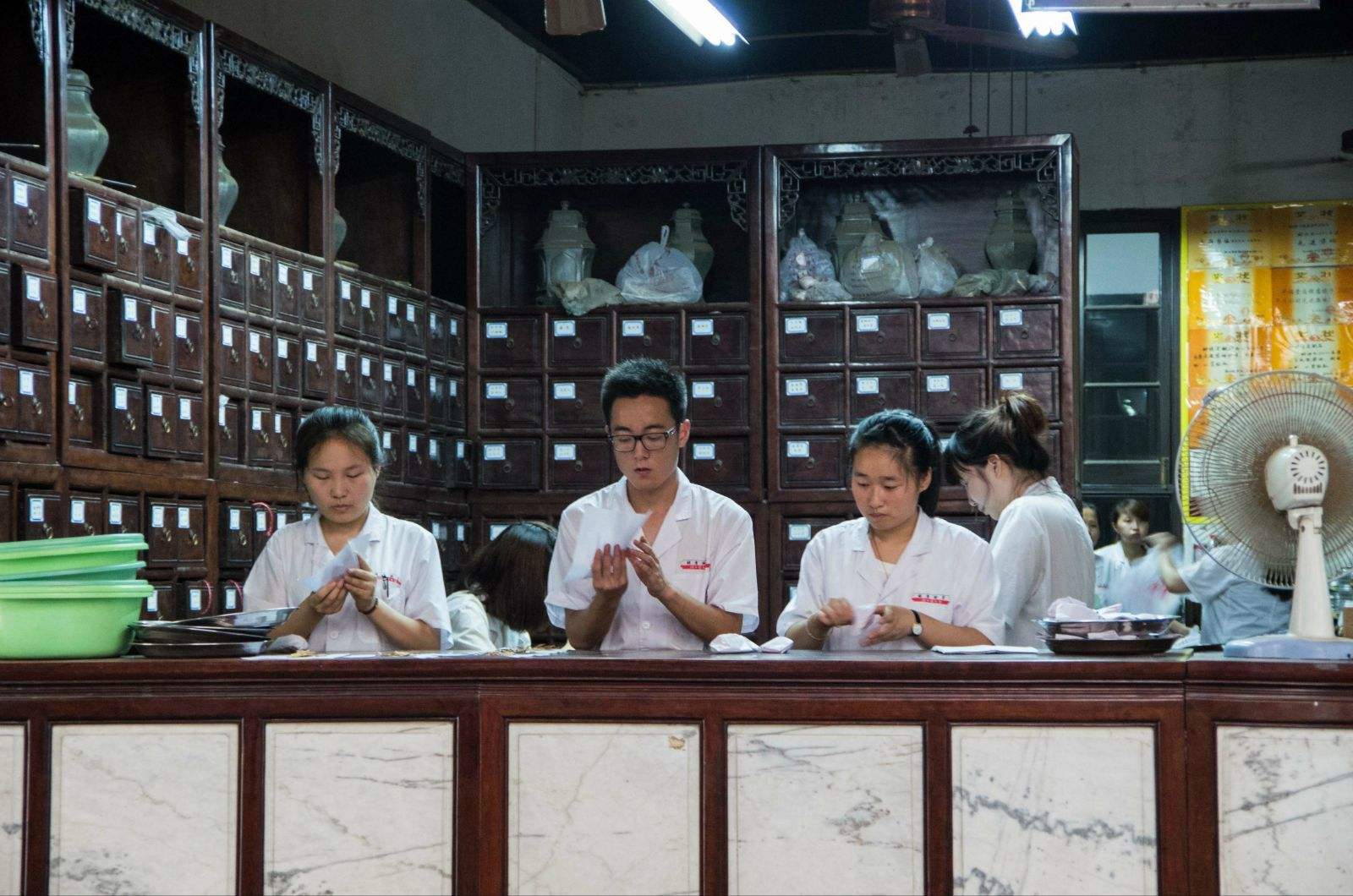 Today, the Former Residence of Hu Xueyan serves as a historical museum and folk handicraft museum with many fine arts and crafts preserved including wood carvings, brick carvings, stone carvings, and painted sculptures of high historical and art value. As well, many precious calligraphic works by Zheng Ban Qiao (a famous painter and poet of the Qing Dynasty) and Tang Bohu (a famous painter of the Ming Dynasty) are memorably showcased in the residence.

Tour The The Former Residence of Hu Xueyan with Hangzhou Private Tour
We design private and tailor-made Hangzhou Tours customized to your style of travel at affordable local prices.  We will provide a private & spacious car and a local professional tour guide with over 5 years guiding experience only work for you or your group. Transport, ticket, and dining (We find the most authentic dishes popular with locals) all we will arrange for you according your requirements. Please check our most popular Hangzhou Tours including The The Former Residence of Hu Xueyan as below: