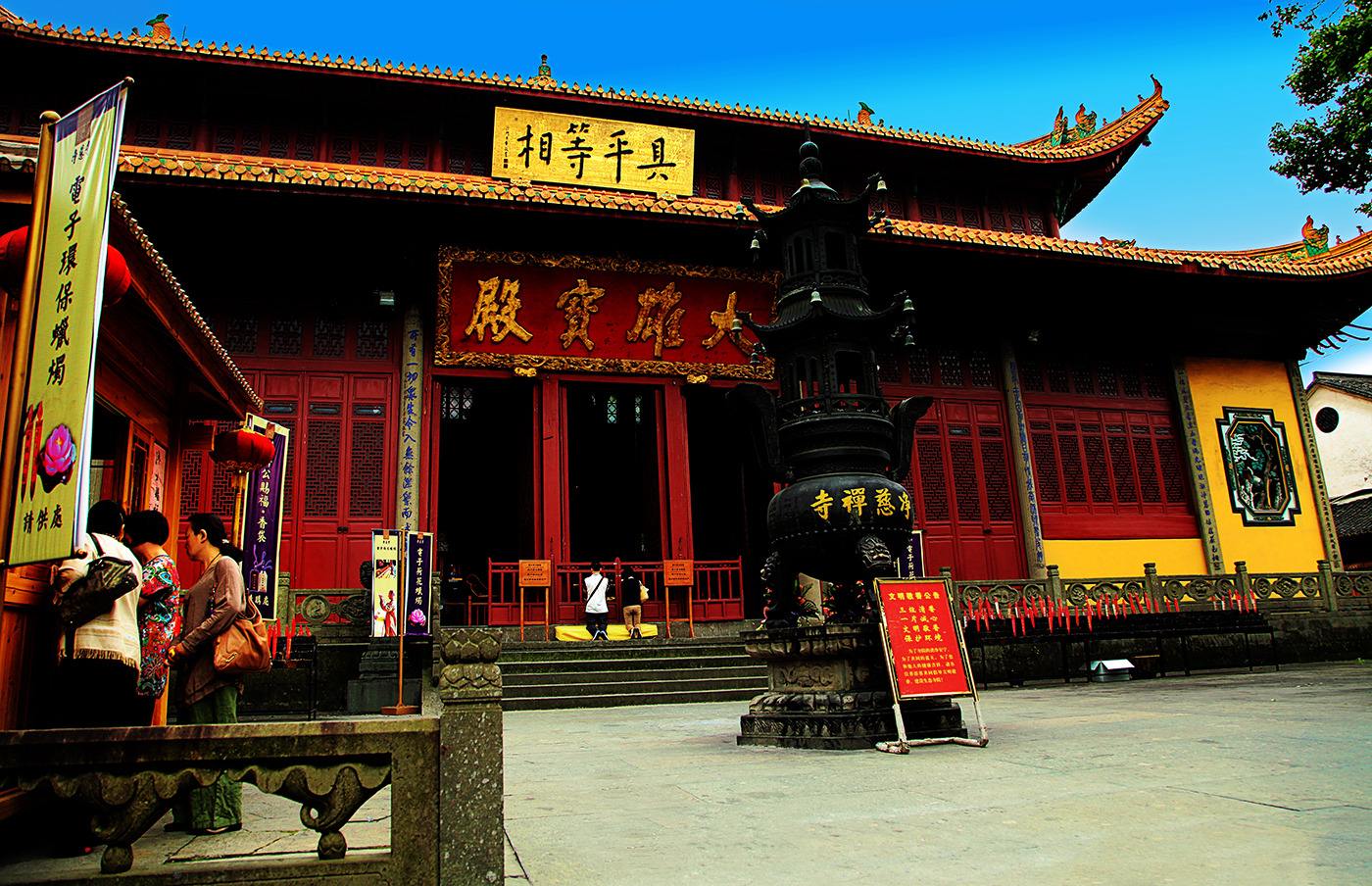 A Brief Introdution
Jingci Temple is located at the foot of Huiri Peak of Nanping Hill. It is the second prominent Buddhist temple around West Lake. Together with Lingyin Temple, it is called the jewel of the southern and northern hills. The temple was claimed as a national key Buddhist temple in Han’s area by state council in 1983.

History & Background
Jingci Temple was initially called “Huiri Yongming Temple”(慧日永明院). It was first built in AD 954 by Qian Hongji (钱弘俶) of Wuyue Dynastry for a famous monk Yong Ming(永明). In South Song Dynasty, its name was changed to Jingci Temple, and the 500 Luohan Hall was built. The temple was destroyed and rebuilt several times in the history. The majority of present temple was built in 1980’s. Specially, there is a newly forged copper bell, weighing over 100 Kilograms. On it carved The Lotus Sutra(妙法莲花经), with 68,000 characters.

Known as the “Four Temples of the West Lake” along with the Lingyin Temple, Zhaoqing Temple and Duiyin Temple. The Jingci Buddhist Monastery used to be as famous as the Lingyin Temple across the lake in the past. It later became one of Zen sect’s five major sanctuaries in the South Song Dynasty. The temple used to have a hall of 500 Arhats, the first and only one in China. Many famed Buddhist monks used to stay in the monastery. The Caodong Sect, a quite popular Buddhist sect in Japan, originated in the Jingci Temple. In its history the temple has suffered from serious damages.

On the east side of the path at the rear of Jingci Temple, it is the stupa of Master Rujing, who was said to be the master and leader of Caodong Branch of Buddhism in Japan. Up to today, there are also some Japanese Buddhists come here for pilgrimage every year.

Evening Bell Ringing at the Nanping Hill (南屏晚钟)
Jingci Temple may not be a well known attraction, but the bell within the temple is more widely known poetically as “Evening Bell at Nanping ” (南屏晚钟) among the Ten Classic Scenes of West Lake.

On the right side of gate of Jingci Temple, there is a stele pavilion, in which an imperial stele carved with four Chinese characters” 南屏晚钟” stands. The characters were created by Emperor Kang Xi. The sound of the bell extends here and is historically famous. Zhang Dai, a famous poet of Tang Dynasty once highly spoke of the bell sound in his poem. 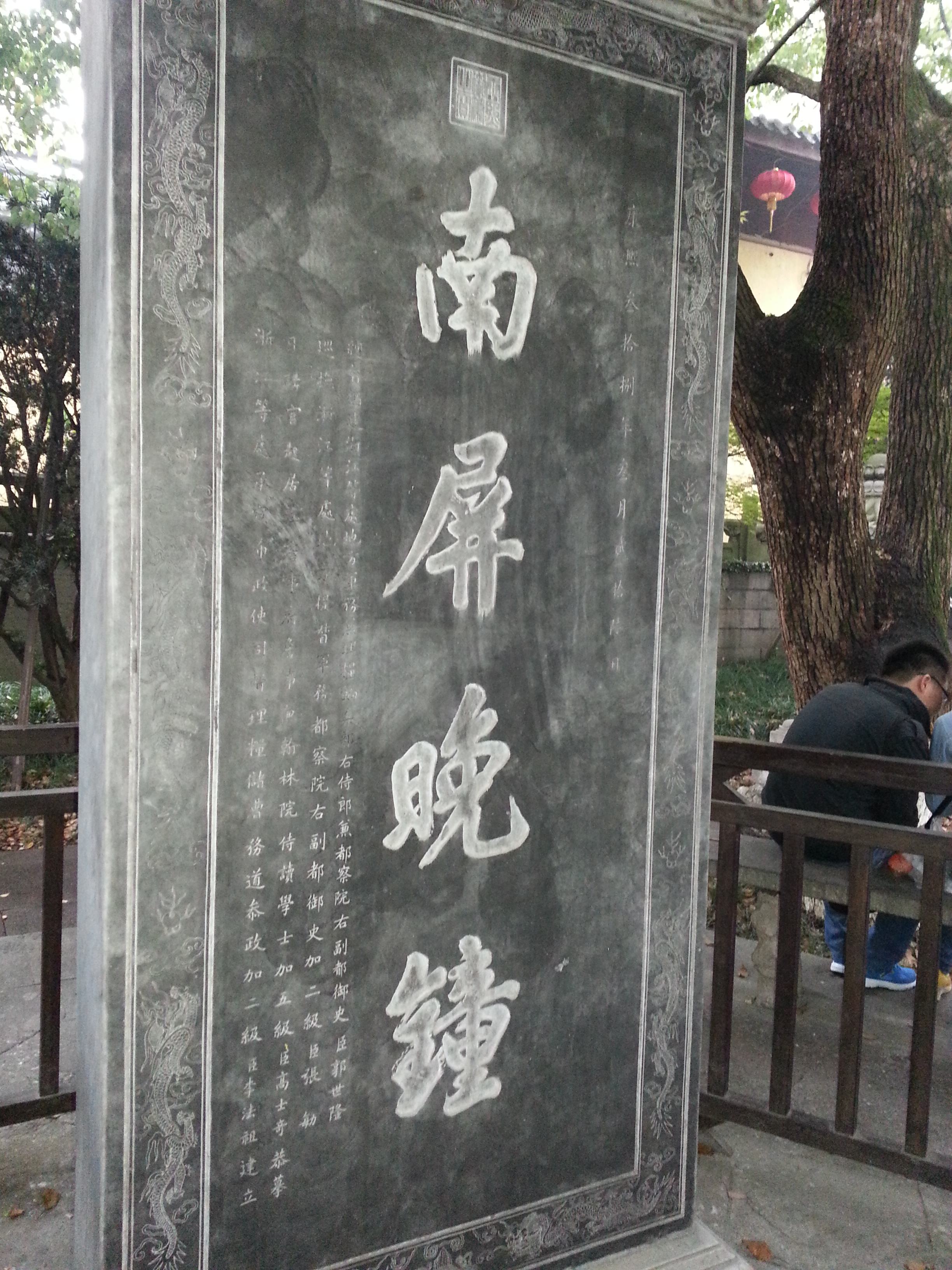 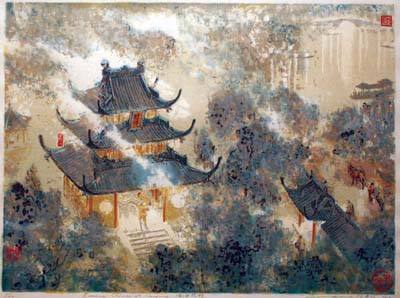 In recent years, Hangzhou celebrities of various trades, foreign guests, overseas Chinese and visitors will gather inside Bell Tower of Jingci Temple and strike the bell to ring out the Old Year and ring in the New Year on New Year’s Eve of lunar calendar. 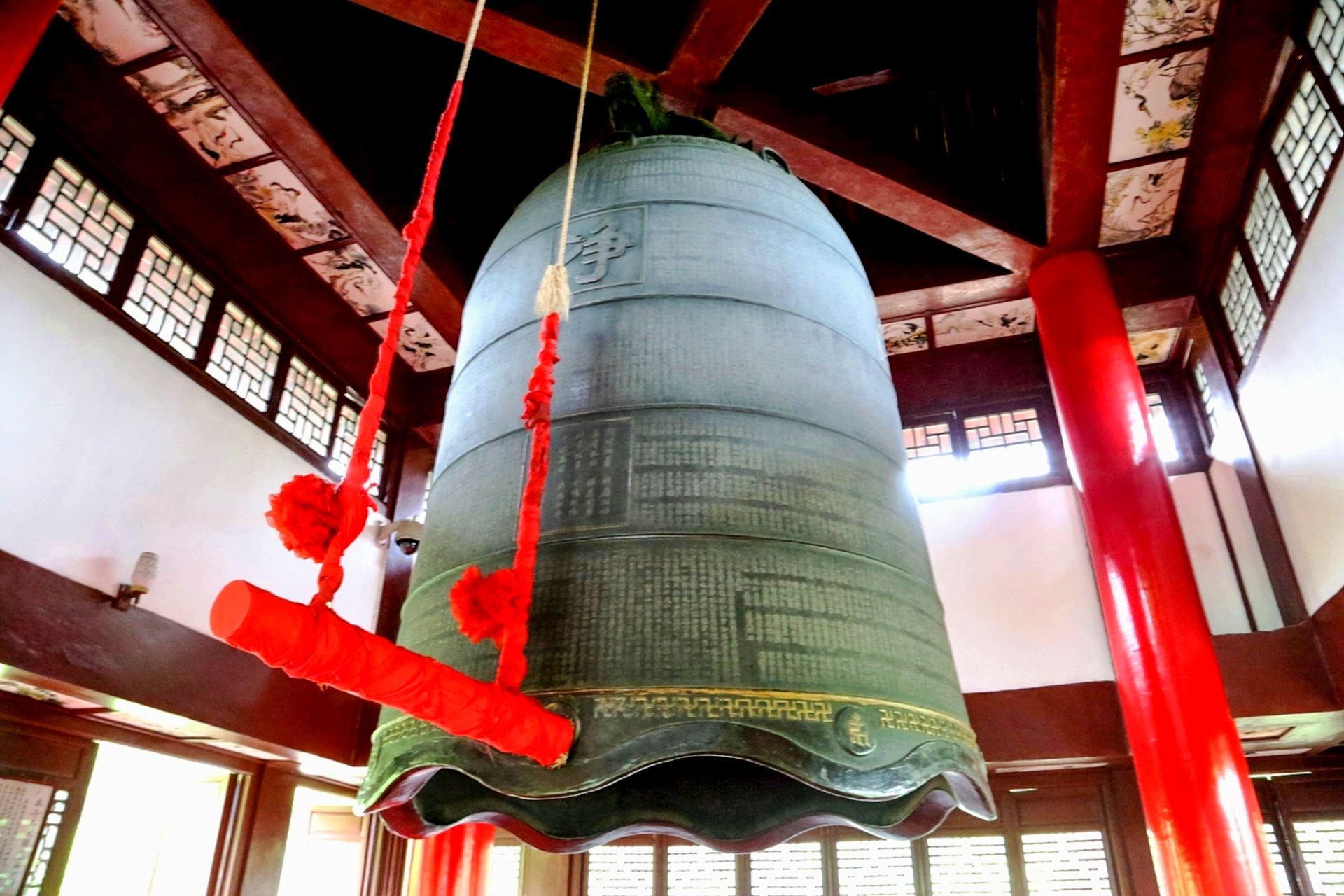 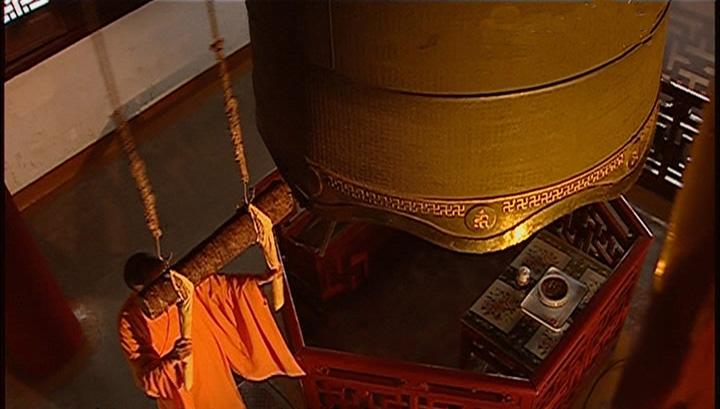 When evening came, with the sun falling to the west, the bell echoed in the mountains and sky. As there were many caves and stones at Nanping Hill, the echo of the bell resounded back and forth among the rocks, spreading its ring to more than half of Hangzhou City. It is the classic scene of Evening Bell Ringing at the Nanping Hill, which is the oldest scene among Ten Classic Scenes of West Lake. 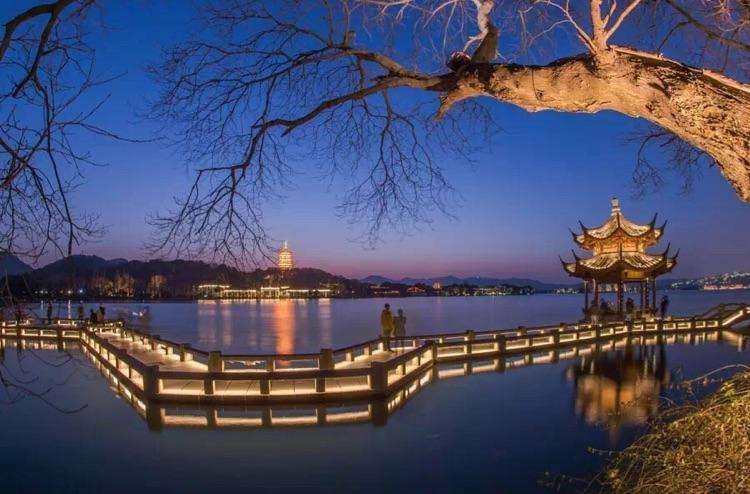 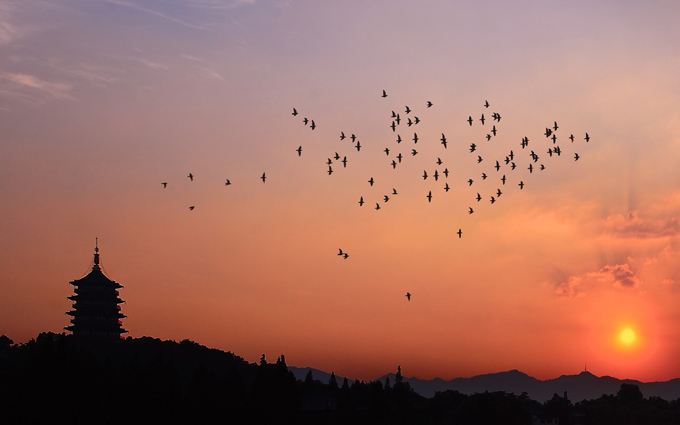 Events
During early Ming Dynasty, a huge bell with a weight of approximately 10, 000 kilograms was settled here. Unfortunately, up to the late Qing Dynasty, the bronze-made bell lost due to the warfare. And during the long-term desolation, the scene of Evening Bell Ringing at the Nanping Hill has lost lots of luster.

In October, 1984, with the help of Japanese Buddhism circle, a new bronze bell was recast for Jingci Temple. In 1986, this scene was renewed and upgraded. This bell is hung in the rebuilt bell tower. The bell tower is 3.6 meters high and has a weight of 10,000 kilograms as well as a diameter of 2.3 meters. The externality of the bell shape is traditional and simple. The exterior is carved with the content of Lotus Sutra of Buddhism, and the number of characters is more than 68,000. The coined bell is elaborate and delicate, and each strike can last over 2 minutes. The bell of Jingci Temple sounds extensively and deeply at dark over the whole tranquil West Lake Scenic Area to awake the passerbies who lose themselves in hustle and bustle world for limitless desire.