A Brief Introdution
Located in Wushan Square near Hefang Street, the City God Pavilion is one of the most high-profile structures in the city. At nearly 42 meters tall, the pavilion sits on top of Wu Hill overlooking West Lake. It seems to be an attraction less visited but it’s something quieter as opposed to most of the other attractions in Hangzhou brimming with people.

Hangzhou City God Pavilion is the fourth most famous tower of Jiangnan region. On the right side of City God Pavilion, it is the Memorial Temple of Zhou Xin, whose story has been narrated in article of Wu Hill Scenic Area. The origin of the City God Pavilion(Cheng Huang Ge,城隍阁) is quite culturally famous. Cheng and Huang respectively mean the city wall and the channel of outside of city.

History & Background
It was built in the style of a Ming-era palace, and was restored from 1998-1999.

For praying for the security of the city, the relevant worshipping ceremonies, rites and activities appeared in the late period of Spring and Autumn. After the eras of Wei, Jin, South and North Dynasties, under the influence of Taoism, Confucianism and Buddhism The imagery of the city gods are mingled with the viewpoints of the Nemesis of Kindness and Evil, Rites and Moralities. Many famous or respected officials or officers used to be served as the city god after their death.

Architecture
It is the symbolized building with a height of 41.6 meters. The whole pavilion is quite luxurious and featured of the architectural styles of Yuan and Ming Dynasties. It is the best site to view the places of interests of Hangzhou like the rivers, hills, lake and towns.

The main top of the City God Pavilion is a cucurbit-style tip, and four sub-tops are the sculptures of phoenix. And the whole pavilion looks like a group of soaring phoenixes, also the sacred buildings of the fairyland. 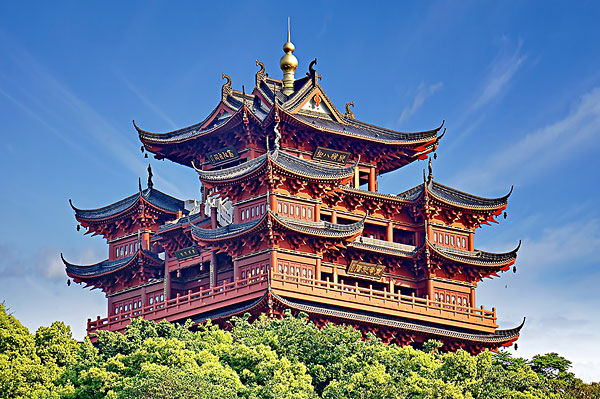 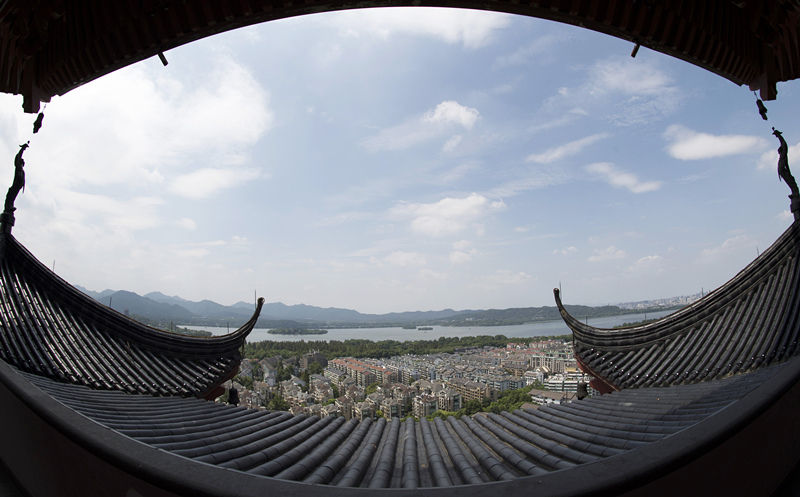 The ground floor shows a huge wooded and colorized picture of Social Lifestyle in Downtown Hangzhou of South Song Dynasty, and on the opposite of this picture is a series of displays exhibiting historic celebrities’ profiles of different dynasties in Hangzhou and ten folk fairy tales. From the third floor to the top, there are the view sites with the excellent leisure service equipments. 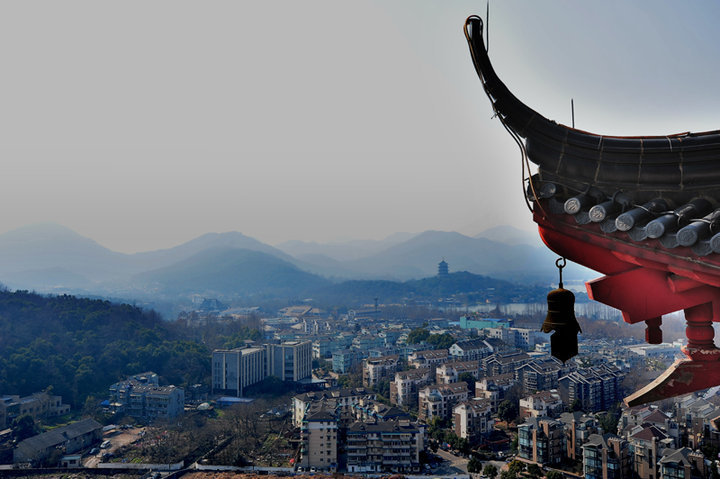 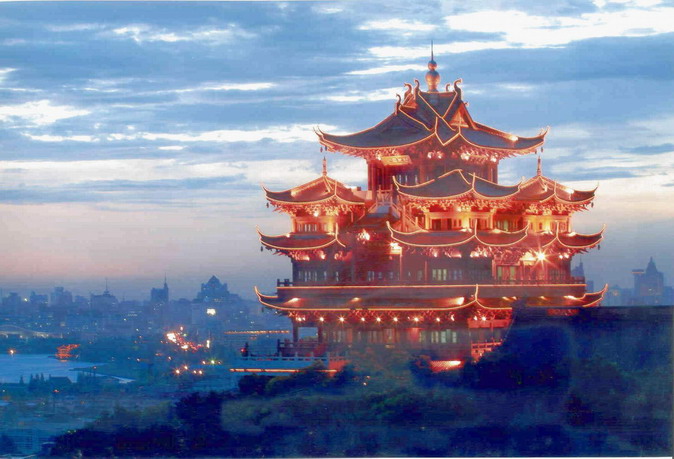 The second floor of the City God Pavilion is highlighted with a couplet written by Xu Wei: