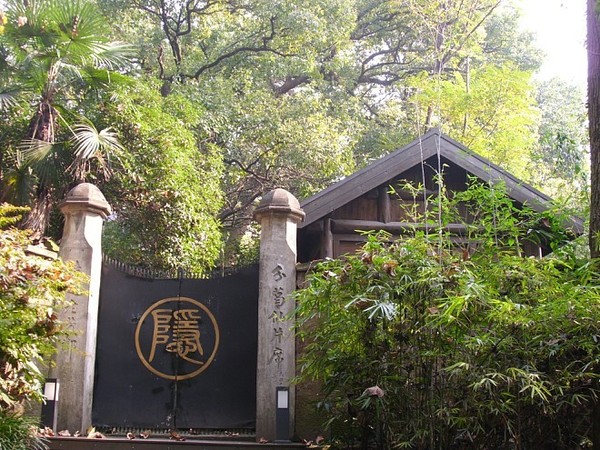 A Brief Introdution
“Baopu” means “referring to the doctrine of Taoism”. Constructed during the Tang Dynasty (618-907) on the site of Ge Hong’s original thatched hut, Baopu Taoist Temple is a place for quiet observance rather than ostentatious reverence. The atmosphere is more akin to a spiritual home than a religious shrine. A little out of the beaten track, Baopu Taoist Temple is a perfect haunt for those who want to seek serenity. Tucked away amid the dense forests of Geling Hill, where Ge Hong, the alchemist who was looking for the elixir for longevity carried out experiments, this site allures for its unique charm.

History
Over the years, many magnificent Taoist temples have been built on China's famous hills and mountains. Among these is Baopu Taoist Temple on the 166-meter-high Geling Hill in western Hangzhou City, Zhejiang Province. The temple is dedicated to the worship of Ge Hong (281-341), a famous Taoist, chemist, and medical expert, and it is known as one of the Three Major Taoist Temples on the Shores of West Lake, along with Fuxing Temple on Yuhuang Hill and Yellow Dragon Cave.

Nowadays, Baopu Temple is one of China's major Taoist temples. Encouraged by the Chinese government's policy of freedom of religious belief, local people and government officials have renovated the temple and its subsidiary buildings and put the relics on the hill under protection. Every day, the priests of the temple study Taoist classics and medical treatises and practice martial arts.

Taoist Culture
Taoism is a native religion of China dating back to the second century AD. Lao-tzu, who founded the early Qin Taoist school, is worshiped as the father of Taoism, and his main work, The Book of the Way of Power forms the basis of the religion. Taoism also has many other literary works and a set of comprehensive and profound doctrines. 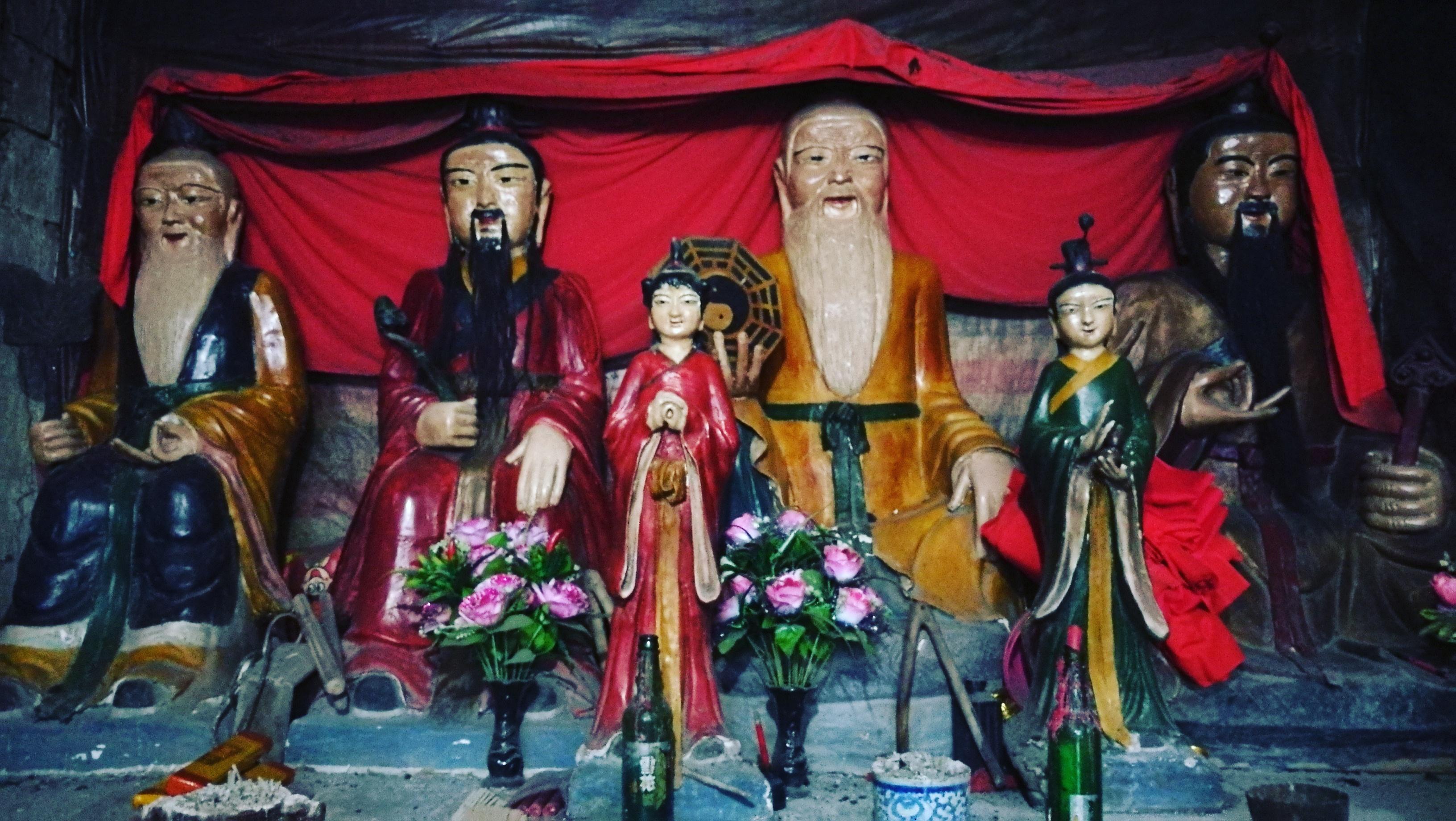 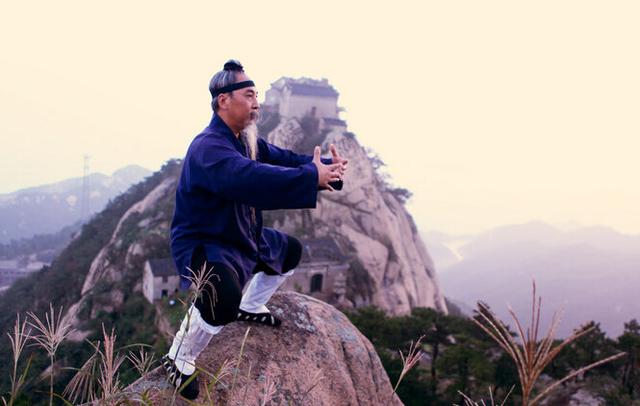 Story of Baopu Taoist Temple
The original names of Baopu Taoist Temple are Bao Pu Lu(抱朴庐) and Ge Xian An(葛仙庵), and it was built for commemorating Ge Hong, the famous Taoist, chemist and Chinese orthodox medicine expert of ancient China. Currently, it is one of 21 nationwide key and publicly-opened Taoist temples of China as well as the headquarters of Taoism Association of Hangzhou Municipality, and it is the only one ranked into this top list of Taoist temples in Zhejiang province. In 1982, Taoists resumed the regular Taoist ceremonies and rites over there; a lot of historical and cultural sites were well preserved and the buildings in Taoist temple were renewed as well.

The Architectural Styles of Baopu Taoist Temple
Seen from afar, the stone-made yellow gate or Pai Lou(牌楼), dependably called in Chinese, is eye-catching.

Get to the Shan Men(山门, the Gate of Taoist Temple or Buddhist Temple, which is a humble alternative of Taoists and Buddhists in China to call the place they live in), we will see the exterior wall of Taoist temple painted in yellow color with four Chinese Characters”抱朴道院” written by the regular style of Chinese calligraphy. the whole wall built along the landform of the location looks like a flowing yellow Long(龙, a divine creature of China, different from Dragon of the western, unluckily, many unqualified Chinese translators translated it into the evil dragon. 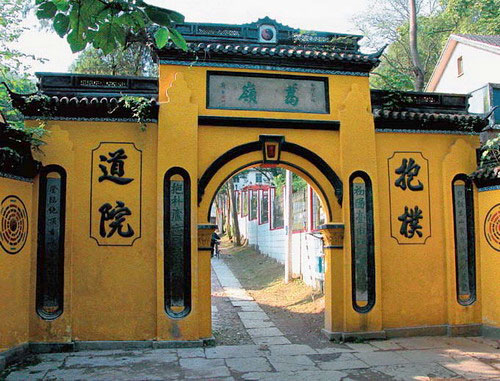 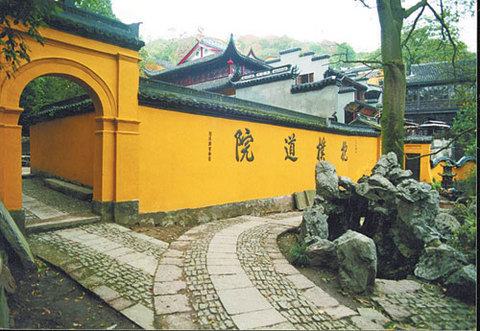 The main hall of Baopu Taoist Temple is Ge Xian Dian(葛仙殿, Hall of Ge Xian), and later, Ge Hong became an immortal and his statue was set in center of Hall as a god for pilgrims to worship. The statue of Ge Hong was at middle, and two sides are two other God’s statues. The huge and life-like statues make the visitors serious and deferential. 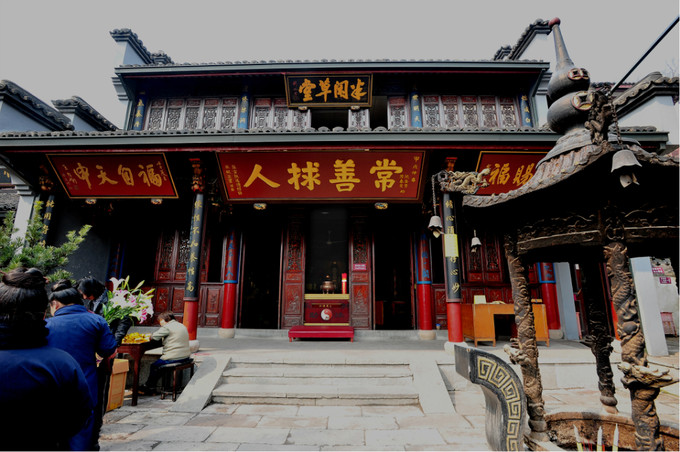 The whole hall is quite large and decorated fairly well. The gates are the traditional style of wooden and well-carved gates. The breath-taking roof of the hall is quite unforgettable in fact, which is decorated magnificently and built in line with the theory of Taoism. The yard is not large but is a perfect place to appreciate the architectures.

Tour Style：10-hour tour in Hangzhou is precious, so don't waste it standing in line! Join the handpicked the best skip-the-line tour so you can see all the top sites around UNESCO Site West lake without the long lines, skip the entrance line on scenic spots. The bullet train makes Hangzhou easy reach from Shanghai, choose first class seat to upgrade your journey to ensure a comfortable trip.